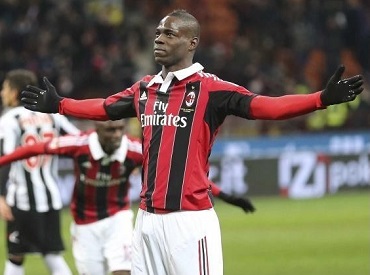 Bournemouth threw away a 2-0 lead at Swansea City which given their precarious position in the Premier League they simply can’t afford to do should they wish to survive relegation. They’ll be looking to stop Everton’s fine run of form as the visitors have scored 11 goals in their past three games and look full of confidence.

Everton’s prowess in front of goal has seen them climb to 7th in the table and Roberto Martinez will be looking to get the Merseyside club back in the Europa League this season. These two sides have never met but Everton are in a good patch of form and will get a result of some kind at minimum.

AC Milan suffered a disappointing loss to their arch rivals Juventus at the weekend by, but the Rossoneri will be glad to be back at the San Siro this weekend where they’ve picked up seven points from a possible nine available.

Sampdoria meanwhile are very poor travellers and have lost four out of their last five games away from home and scored two goals in the process.

Sampdoria currently sit comfortably in 12th position whilst AC Milan are on the fringes of the Europa League qualification positions but will be concerned at the gap separating them from the top four as it now stands at seven points.

Diego Simeone’s side gained a crucial win at home in the Champions League to seal their passage into the knockout stages of the competition. After a poor result in Kazakhstan at the start of the month to Astana, a 2-0 win over Galatasaray was just what was needed and has now seen Atletico keep three consecutive clean sheets.

Espanyol aren’t the best of visitors this season as they’ve lost three out of their last four away games and don’t particularly perform when they travel to Atletico either. They’ve lost the past five meetings and scored just one goal in them five games. Atletico also have the best defensive record in the league, averaging just one goal every two games which is a phenomenal record.