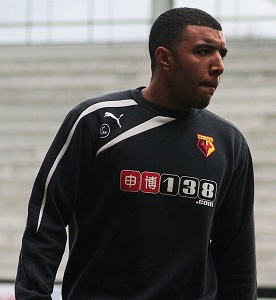 Selections from the Championship, Football League and Scottish Premier League make up the bets for today’s football accumulator tips on Sportingly Better, returning odds of 5.11.

Watford will be looking to make it three wins from four games, with Leeds the visitors to Vicarage Road.

The strike force of Troy Deeney and Matej Vydra has been reunited for the forthcoming campaign and another season full of goals looks more than likely given their partnership in the Championship two seasons ago.

Opponents Leeds have endured a mixed set of results so far, whilst the clubs increasing recruitment of Italian players may take some time to figure out.

Watford won this fixture 3-0 last season and a similar result looks likely ahead of the match this weekend.

Three defeats from three has left Ross County bottom of the Scottish Premier League, with arguably much tougher fixtures to come.

Derek Adams’ side have been littered with individual mistakes, whilst a lack of cutting edge up front suggests a long hard season for Ross County ahead.

Hosts Dundee United have won two of their opening three fixtures, but Stuart Armstrong has been ruled out with an ankle injury.

The Tannadice team will be looking to bounce back from a heavy defeat against Celtic last time out and Jackie McNamara should fire his side to a third win in four games today.

AFC Wimbledon will be looking to secure their third win on the bounce, after an impressive 1-0 victory away at Southend.

Defender Adam Barrett has extended his loan spell at the club, whilst teenager Will Nightingale has recovered from a thigh injury.

Visitors Hartlepool have yet to score in the league this season, with consecutive defeats to Stevenage, Bury and Dagenham and Redbridge leaving the club placed last but one in the Football League.

AFC Wimbledon’s promotion hopes may well rest on their form at home and three points against Hartlepool on Saturday could continue to give the club momentum during the early part of the football season.