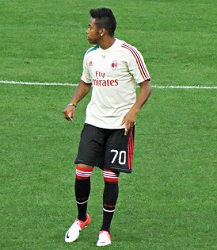 Selections from the Championship, Football League and Serie A make up the football bets for this weekend’s football accumulator tips on Sportingly Better, returning odds of 5.94.

Play-off hopefuls Leeds United will be looking to win their sixth match in eight games, following a 3-0 triumph away at Doncaster.

Brian McDermott’s side have scored two or more goals in each of their last six games at Elland Road, with talisman Ross McCormack finding good goalscoring form.

Opponents Barnsley moved to within three points of safety after securing a 1-1 draw with fellow strugglers Yeovil, but on the road the Tykes have lost eight of their last 10 matches away from Oakwell.Leeds are undefeated in their last six games at home and the hosts should pick up another win to maintain their presence in the play-off places on Saturday.

High-flying Newport County will be looking to keep pace at the top of League Two, with Wimbledon the visitors to Rodney Parade.

Justin Edinburgh’s side have lost just one of their last nine games in the league to move within three points of league leaders Oxford and another win in south Wales would reinforce the club’s ambitions of promotion this season.

Opponents Wimbledon have won just one of their last four games in the league, leaving the Dons further off the play-off places and the hosts should maintain their imperious form at home to secure another home win this weekend.

Inter will be looking to put their crushing 4-2 defeat in Naples behind them, with rivals AC Milan the opponents on Matchday 17.

The Nerazzurri have not won any of their last four matches in Serie A, with injuries and suspensions to Diego Milito, Walter Samuel and Ricardo Alvarez still likely to stifle Walter Mazzarri’s side further.

Both sides have picked up a succession of draws recently and another score draw could be a distinct possibility on Sunday.

Betting Accumulator Odds – 5.94 (wins for Leeds and Newport County as well as both teams to score in the Milan derby)