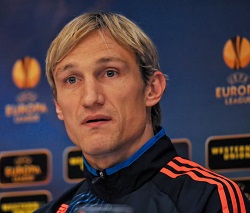 Selections from the Bundesliga and Football League make up the bets for this weekend’s football accumulator tips here on Sportingly Better, returning odds of 5.83.

Promotion chasing Oxford travel to rock-bottom Accrington on Tuesday, with the visitors hoping to maintain their record as the best away side in League Two.

The U‘s have won four of their five matches on the road this season, but the division’s top-scorers will still have to make do without winger Alfie Potter for at least another week.

Opponents Accrington Stanley have failed to win any of their 11 matches in the league this season and the division’s lowest scorers will face another uphill battle against a superb-travelling Oxford side this weekend.

Ninth-placed Blackburn Rovers will be looking to put aside their late defeat to Wigan on Saturday, with Charlton the visitors to Ewood Park.

Rovers will be looking to build on their recent record at home, which has seen Gary Bowyer’s side suffer only one defeat all season.

Opponents Charlton have failed to win any of their last six games in the Championship and the continued absence of French striker Yann Kermorgant is unlikely to improve the division’s second worst attack.

Charlton have conceded at least two goals in five of their last six away matches away in the Championship and the inclusion of fit-again top-scorer Jordan Rhodes could spell trouble for the Addicks on Saturday.

Title contenders Bayer Leverkusen take on free-scoring Hoffenheim on Friday night, as Sami Hyypia’s side target a win that could put them temporarily top of the table.

Bayer Leverkusen have won nine of their last 10 encounters with Hoffenheim and the form of winger Sidney Sam and striker Stefan Kiessling offer plenty of encouragement that the away side will come away with all three points tonight.

Opponents Hoffenheim have scored two or more goals in eight of their nine Bundesliga matches this season, but the league’s worst defensive unit looks unlikely to keep Sami Hyypia’s title contenders at bay on Friday.

Betting Accumulator Odds – 5.83 (wins for Blackburn and Oxford along with three or more goals in the Hoffenheim vs Bayer Leverkusen match)