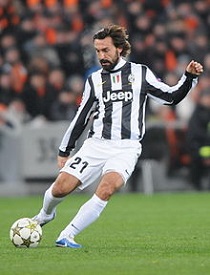 Selections from the Championship, Football League and Serie A make up the bets for this weekendâ€™sÂ football accumulator tipsÂ onÂ Sportingly Better, returning odds of 6.45.

QPR picked up their fourth successive win in the Championship, as Harry Redknapp’s side defeated Bolton 2-1 at Loftus Road.

The Hoops have won eight of their last 10 matches at home, but a shoulder injury to top scorer Charlie Austin will be a blow to the hosts on Saturday.

QPR could hand a debut to transfer deadline day signing Aaron Hughes as the club continue to impress their defensive showing in the Championship this term, but

Opponents Burnley have lost just two of their last 23 matches in the Championship, but just two wins in their last six games has somewhat derailed the Clarets automaticÂ  promotion charge.

The hosts know that a win on Saturday would give them a six point cushion in second place and Harry Redknapp’s title challengers should secure a crucial win this weekend.

Play-off hopefuls Swindon Town will be looking to pick up all three points on Saturday, after securing a credible draw against Walsall last time out.

The Robins have won 10 of their opening 13 games at the County Ground and the odds of an eleventh victory this weekend look appealing, with Swindon having scored in every home match this season.

Striker Michael Smith has scored in both matches he has played in since moving from Charlton and the forward is pushing for another start, after impressing manager Mark Cooper.

Opponents Oldham suffered their fourth defeat in six games and Lee Johnson’s poor travelling Latics look unlikely to trouble the hosts after scoring in just three of their last 10 matches in League One.

Runaway leaders Juventus failed to win for only the third time this season, as the Bianconeri drew with Lazio in Rome.

Antonio Conte’s side have won each of their last 10 matches at home in Serie A, but Gianluigi Buffon will miss the match after being sent off against Lazio.

Juve will be hopeful of signing Pablo Osvaldo on loan from Southampton before Friday’s transfer deadline, but the hosts have been in impressive goalscoring form at the Juventus Stadium, after scoring at least three goals in five of their last six matches at home.

Opponents Inter Milan failed to score against bottom side Catania last time out, as Walter Mazzarri’s side continued to slip further down the table after just one win in their last nine matches in Serie A.

Juventus will be weary of Roma’s presence over their shoulder and the hosts should secure all three points in the Derby d’Italia on Sunday.