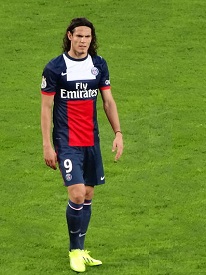 Selections from the Championship, Football League and Ligue 1 make up the bets for this weekendâ€™sÂ football accumulator tipsÂ onÂ Sportingly Better, returning odds of 3.92.

The Bees have scored three or more goals in each of the last four games in League One, with Clayton Donaldson and Fulham loanee Marcello Trotta in impressive form in front of goal.

Opponents Port Vale c0ntinue to concede goals away from Vale Park, conceding 11 goals in their last five games on their travels and Brentford’s imperious form and recent goalscoring record could see another goal flurry this weekend.

Ligue 1 leaders PSG take on bottom side Ajaccio in the French top fight this weekend, fresh from scoring five goals against Bastia in the French Cup.

Laurent Blanc’s side are by some way the top scorers in the division and in Zlatan Ibrahimovic and Edinson Cavani, PSG boast arguably one of the best forward lines in Europe.

Hosts Ajaccio have failed to win any of their last 12 matches in Ligue 1 and replacing Fabrizio Ravanelli with Christian Bracconi has so far failed to have the desired effect.

PSG are undefeated in 29 of their last 30 showings in Ligue 1 and the away side should have far too much quality for their demoralised opponents on Saturday.

Blackpool slumped to their sixth defeat in seven games in the Championship with a 2-0 defeat to lowly Sheffield Wednesday two weeks ago.

The Tangerines are expected to lose star player Tom Ince during the January transfer window to make matters worse, with boss Paul Ince under increasing pressure in the job.

Visitors Middlesbrough appear to have turned a corner under Aitor Karanka and are just three points away from a play-off place after winning three of their last four games in the league.

Boro’s away form still remains a worry with just two wins away from the Riverside all season, but the hosts worsening crisis should leave Middlesbrough on course for another positive result under Karanka.