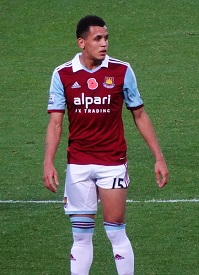 Last weekend’s accumulator bet saw us move back into double-digit profit on our accumulator betting this season, as a win for Schalke and goals in the Napoli v AC Milan match saw us return the acca at odds of 4.56.

Selections from the Premier League, Football League and Championship make up the bets for this week’s football accumulator tips on Sportingly Better, returning odds of 5.82.

West Ham moved two points clear of the relegation zone, as two goals from Kevin Nolan secured the Hammers a 2-0 win away at Villa Park.

Loan signing Marco Boriello is pushing for a start in place of Carlton Cole, but the English striker may just get the nod ahead of the Italy international.

Opponents Norwich have failed to win nine of their last 10 matches in the Premier League, but a goalless draw with Manchester City will have lifted the Canaries spirits somewhat.

Norwich have failed to score in three of their last five games in the Premiership and the hosts recent solidity should see the Hammers claim all three points on Tuesday.

Russell Slade’s side could move towards the top of the League One table with a win tonight and after scoring in all but one of their matches at Brisbane Road, the hosts will be confident of punishing the Robins tonight despite successive defeats in the league.

Opponents Bristol City have failed to win any of their last seven away matches in League One and the O’s should get their promotion hunt back on track tonight with a win at home tonight.

Sheffield Wednesday moved nine points clear of the relegation places, after a 2-0 victory away at the Madejski Stadium.

Stuart Gray has overseen an unbeaten record that has now stretched to eight games in the Championship and the Owls will be looking to improve that record further, after winning each of their last three matches at Hillsborough.

Opponents Wigan have won just one of their last four matches in the league and goals appear to be drying up for Uwe Rosler’s side.

Hosts Sheffield Wednesday are unbeaten in 11 matches in all competitions and the Owls should continue that run at home to Wigan tonight.