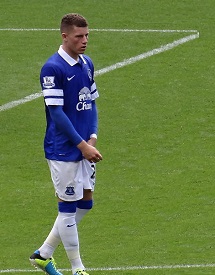 Selections from the Premier League, Championship and Football League make up the bets for today’s football accumulator tips on Sportingly Better, returning odds of 18.76.

Notts County will be looking to extend their unbeaten run to 12 games in League One, after winning each of their last five games in the division.

Manager Shaun Derry has no new injury concerns heading into the match, but Jake Cassidy and Hayden Mullins are both ruled out again.

Visitors Walsall have failed to win any of their last 10 away matches in League One and despite Dean Smith able to announce a fully fit squad for the first time this season, it’s the hosts who look likely to come away with all three points on Saturday.

Bournemouth will be fresh from their 8-0 demolition of Birmingham last weekend, with Brighton the visitors to Dean Court in the late kick-off in the Championship today.

The Cherries have won each of their last four matches in the league, whilst clean sheets in their last three matches at home begin to show the increasing form and momentum of the south coast side.

Callum Wilson, Charlie Daniels, Matt Ritchie and Simon Francis are all in-line to be recalled after being rested during the week, whilst goalkeeper Artur Boruc should overcome injury.

Opponents Brighton have drawn six of their last seven matches in the Championship, but the feel-good factor around the club should see Bournemouth maintain their early push for promotion this season.

Everton will be looking to continue their excellent goalscoring run at Goodison Park, having scored two or more goals in each of their last 10 games in the Premier League.

Toffees manager Roberto Martinez will be taking charge of his 200th game as manager, against the club that gave him his first break as first team boss in English football.

Samuel Eto’o looks finally to be amongst the goals, whilst Romelu Lukaku is close to feeling his way back in the first-team fold.

Opponents Swansea have never beaten Everton in any of their 18 league meetings and the hosts will be targeting only their fourth league win of the campaign so far.

Accumulator Bet 3
Everton to win AND Both Teams to Score @3.50