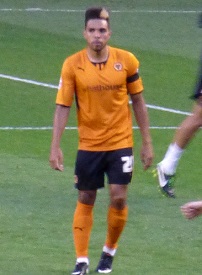 Selections from the Football League and Bundesliga make up the bets for this weekend’s football accumulator tips on Sportingly Better, returning odds of 3.93.

Rotherham will be looking to extend their unbeaten run to nine games in League One, after an entertaining 3-3 draw with Preston on Tuesday.

The Millers have seen each of their last nine games finish with three or more goals, but just one clean sheet in the league since the turn of the year will be concerning for manager Steve Evans.

Opponents Notts County suffered their fifth defeat in six games, as the Magpies lost 3-2 against Shrewsbury, despite being 2-0 up in the match.

Many may have Rotherham down as a home banker this weekend, but the hosts comfort in the play-off positions could cause complacency and their relegation-battling opponents remain dangerous with more goals likely at the New York Stadium this weekend.

Wolves ended Brentford’s 19-game unbeaten run in League One, with a 3-0 victory that saw the side leapfrog the Bees into second place.

Wolves have won each of their last six matches in the division and although the club have two games in hand on league leaders Leyton Orient, Kenny Jackett’s side will be keen to keep applying the pressure on Saturday.

Opponents Port Vale suffered a 3-1 defeat at the hands of Crewe last time out, but it’s the visitors form on the road, which will be concerning with Micky Adams’ side having lost twice as many matches (10) as they have at Vale Park.

Wolves have yet to concede a goal in any of their last four matches in League One and the in-form hosts should continue their inevitable precession to the League One title this weekend.

Dieter Hecking’s side now remain just four points adrift of last weekend’s opponents and a win on Saturday could see the visitors move into the Champions League places.

Hosts Hoffenheim picked up a credible 2-2 draw away at Borussia Monchengladbach to extend their unbeaten run to four games in the Bundesliga.

Both sides have been well amongst the goals this season and with the visitors pressing for a Champions League finish, the Rhein-Neckar-Arena should be once again the place for goals in Germany this weekend.

Betting Accumulator Odds – 3.93 (three or more goals in the Rotherham v Notts County and Hoffenheim v Wolfsburg matches plus a win for Wolves)