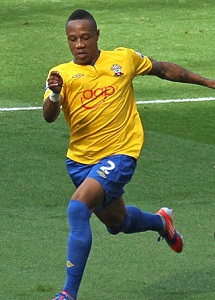 Frank Lampard returned to haunt his former club Chelsea, after scoring a late equaliser for the defending Premier League champions.

Elsewhere Leicester put five goals past Manchester United in a 5-3 victory at the King Power Stadium and Crystal Palace picked up a surprise win at Goodison Park.

Sportingly Better picks out the best fantasy football tips for Gameweek 6, as Liverpool host Everton in the Merseyside derby.

Seven goals from five games has been the return of Diego Costa so far, but the Spain international failed to get on the scoresheet for the first time in the Premier League this season.

The former Atletico Madrid striker continues to struggle with a hamstring injury, but the striker has managed more shots on goal than the whole of Aston Villa’s team combined.

Costa is expected to start on Saturday against the Villains and an appearance of 60 minutes or more, might be enough for Chelsea to pick up all three points at Stamford Bridge.

Manchester United’s record signing continued to prove his quality in the Premier League, with a goal and assist against Leicester last time out.

The Argentina international will be fully refreshed for the league clash against West Ham, after another week without European action, but Louis van Gaal’s positioning of di Maria could be the biggest factor for the highly-rated midfielder this weekend.

Juan Mata continues to be the player that is left out and with the Red Devils continuing to fall off the place, another defeat today could be costly for the 20-times Premier League champions.

Ulloa has scored five goals in five games for the Foxes, but the Argentinean forward’s header against the Red Devils illustrated the class and quality that Leicester have in the striker.

Opponents Crystal Palace have conceded two or more goals in seven of their last eight matches in the Premier League and Leicester’s towering striker looks the in-form choice for the third budget striker slot at present.

Nathaniel Clyne hit a wonder strike against Arsenal in the Capital One Cup midweek, as Southampton knocked out the Gunners at the Emirates Stadium.

The attacking right back has yet to miss a minute in the Premier League for the Saints this season, with a goal, an assist and three clean sheets a promising return for the England hopeful.

Opponents QPR have failed to score in any of their last five away games in the Premiership and Southampton’s promising start to the season under Ronald Koeman looks set to continue.