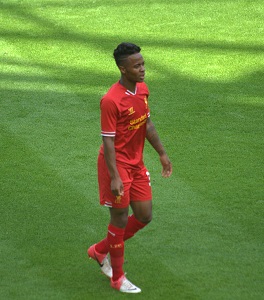 Chelsea maintained their winning start to the season with a highly entertaining 6-3 victory at Goodison Park. Elsewhere Manchester United stumbled to a goalless draw at Burnley and QPR defeated Sunderland.

Two goals in three games has been the return of Raheem Sterling for Liverpool so far, with the player proving to be an increasingly important part of Brendan Rodgers’ set-up.

The energetic England international has been deployed with some success behind the striker and a significant increase in goals return looks likely this season for the rapidly progressing teenage star.

Opponents Aston Villa were surprise victors against Stoke last time out, but the Villains have yet to really be tested so far and Liverpool’s leading light is likely to cause some problems for the visitors this weekend.

Wayne Rooney will be looking to equal Thierry Henry’s record as the third highest goalscorer in Premier League history, with QPR the visitors to Old Trafford on Sunday.

The arrival of Radamel Falcao may see Rooney drop behind the two central strikers, but this position may well suit the England captain better, with the level of involvement in the game far higher further back; a position that Rooney has occupied before.

Opponents QPR were hit for four goals last time they played away from home in the Premier League and Manchester United’s new attacking forward line looks set to finally get into gear this weekend.

A hamstring injury has thrown the Spain international’s participation against Swansea in some doubt and with Loic Remy now on the books, Jose Mourinho may opt to save Costa for the Champions League encounter with Schalke on Wednesday.

Opponents Swansea have impressed so far and Garry Monk’s side have already claimed all three points at Old Trafford, but Chelsea’s number one transfer target this summer should continue his fine form and maintain the Blues winning start to the season.

Steven Naismith’s precise finish was one of nine goals at Goodison Park two weeks ago, as Everton continued to look threatening in attack.

The Scottish forward has presented himself as the most appealing option for the third budget striker position, with the striker eager to maintain his record of scoring in every Premier League fixture this season.

A surprise 1-0 victory away at Manchester City may have surprised many, but Stoke could yet be the surprise package of the season.

Left back Erik Peters has featured in every minute for Mark Hughes’ side this season and the Dutch defender even began Mame Biram Diouf’s 70-yard dash to the Manchester City goal.

Opponents Leicester may struggle for momentum away from the King Power stadium and Stoke may pick up their second clean sheet against the Foxes on Saturday.