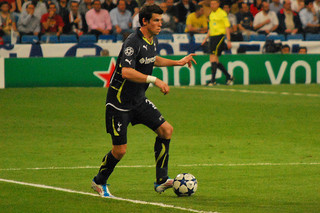 Kevin Nolan netted as West Ham beat Wigan and Stephane Sessegnon scored the only goal of the game as Sunderland defeated Everton.

Gareth Bale goes into the weekend as the most in-form player in the Premier League, with the highly coveted star having scored nine goals in his last 10 appearances for the club.

Only Luis Suarez can better Gareth Bale’s 136 attempts on goal this season and the midfielder’s haul of 19 bonus points over the last 10 gameweeks illustrates just how important the player is for Tottenham.

Opponents Wigan have managed just one clean sheet at home all season and Bale will be charged with getting his team over the line, as Spurs continue to chase a top four finish.

Carlos Tevez’s work by the corner flag proved crucial for Sami Nasri’s opening goal last weekend and the Argentina international will be keen for yet more telling contributions on Saturday.

Nine of Tevez’s 11 goals in the league have come at home and the enthusiastic forward will once again be the favourite to find the back of the net, after being given an extended run in the team by manager Roberto Mancini.

Opponents West Ham have failed to keep a clean sheet in seven of their last nine away games in the Premier League and Tevez will be keen to continue his goalscoring run at home after netting in each of the last three matches at the Etihad Stadium.

Stephane Sessegnon’s stabbed shot on the stroke of half time proved enough to give Paolo Di Canio his second win as Sunderland manager and the Benin international could prove to be the difference once again on Monday.

Sessegnon equalled last season’s tally of seven Premier League goals last time out and the African midfielder will be hoping to finish the season strongly, after scoring in each of his last two appearances for the club.

Opponents Aston Villa have not kept a clean sheet in any of their last nine games at Villa Park and Sessegnon could cause the Midlands side trouble this weekend, with both sides targeting all three points on Monday.

Samir Nasri followed up his strike at Wembley with a well-taken goal at White Hart Lane last time out and the France international will be hopeful of continuing that run on Saturday.

Manchester City enjoy a double set of fixtures in Gameweek 36 with Swansea and West Brom the opponents and the French midfielder looks set to be one of a number of players transferred in from the Citizens roster over the next two weeks.

Opponents West Ham have already secured their Premier League safety and Nasri’s movement and recent goalscoring exploits may cause the Hammers’ backline trouble this weekend.