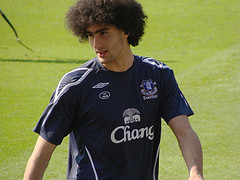 Tomas Rosicky was the highest points scorer in Gameweek 32, after a decisive brace scored Arsenal a priceless 2-1 victory at the Hawthorns.

Aston Villa’s Matthew Lowton hit a wonder goal as Aston Villa beat relegation rivals Stoke 3-1 at the Britannia Stadium, whilst Southampton’s Jay Rodriguez scored for the third game in a row as the Saints defeated Reading.

Elsewhere budget price options Luke Moore, Shaun Maloney, Elliott Bennett and Jussi Jaaskelainen all proved their worth, as the battle at the bottom of the table intensifies.

Swansea, Tottenham and West Brom do not feature at all in Gameweek 33, whilst Arsenal, Everton, Fulham, Manchester United and West Ham all play twice.

Arsenal’s highest points scorer will be favoured for the captain’s armband this weekend, as the north London club enjoy a double gameweek against Norwich and Everton.

Cazorla has received more passes (1,924) and made more touches inside the opposition half (2,096) than any other midfielder in the Premier League and the Spanish playmaker looks set to be key for Arsenal during Gameweek 33.

Opponents Norwich have managed just two clean sheets away from home all season; a record Everton also match and Arsenal’s midfield maestro will look to impose himself on both games in order to help the Gunners secure a Champions League place next season.

Manchester United’s Dutch striker is now three goals behind Luis Suarez in the race for the Premier League Golden Boot after going 10 games in all competitions without a goal, but the former Arsenal forward is another who will enjoy two fixtures this gameweek.

The Netherlands international has contributed to United’s cause with three assists and three bonus points in Manchester United’s last five games in the Premier League, but the striker remains short of goalscoring form going into the weekend.

Van Persie scored against both Stoke and West Ham in the reverse fixtures earlier in the season and the clinical forward will be looking to put his recent goalscoring drought behind him and help his new side take a giant stride towards winning the Premier League title.

Dimitar Berbatov’s goals against Stoke, Sunderland, Tottenham and QPR have helped move Fulham clear of the relegation zone, leaving the Cottagers looking towards a top half finish in the Premier League under Martin Jol.

The former Manchester United forward has put a consistent goalscoring run together for the first time this season, after scoring five goals in as many games for the Cottagers; a run which the player will try to maintain.

Gervinho’s shot across goal against West Brom last time out was steered in by teammate Tomas Rosicky, as the Ivorian forward maintained his recent run of form in the Premier League.

The continued absence of Theo Walcott should provide Gervinho with enough game time against both Norwich and Everton in Gameweek 33, as the midfielder attempts to cement a place in Arsenal’s starting line-up.

Gervinho has returned two goals, three assists and four bonus points in his last three games for Arsenal and the Ivory Coast international will be hopeful of finishing the season strongly to convince Arsene Wenger to keep him in his plans for next season.

Fellaini returns to the Toffees line-up for the first time following his suspension and the intimidating midfielder will be eager to add to his record tally of 11 goals and seven assists in the Premier League this season.

No player has been transferred in more times than Marouane Fellaini in this round, as the Belgium midfielder prepares for games against QPR and Arsenal during Everton’s double gameweek.

Fellaini netted in the reverse fixture against Arsenal earlier in the season and the former Standard Liege player will be confident of inflicting damage against both opponents during Gameweek 33.