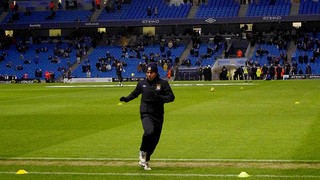 It’s catch-up time in the Premier League after Chelsea’s 100% record over three games left the Blues top of the pile. Both Reading and Chelsea do not feature in Gameweek 3 after their double in Gameweek 1. Southampton will be looking to pick up their first points of the season against Manchester United, whilst Arsenal’s trip to Anfield will be keenly watched with the Gunners yet to score in the Premier League this season.

Two goals in two games leaves Argentine Carlos Tevez the favourite for the captain’s armband this gameweek. The Manchester City striker also collected three bonus points in Gameweek 2 and provided the assist for Yaya Toure’s goal in the 2-2 draw with Liverpool.

With countryman Sergio Aguero sidelined for a month, the rotation risk of Carlos Tevez is severely reduced and fantasy managers have snapped up the former Manchester United and West Ham striker in the absence of Aguero. Tevez’s price has increased by £0.6m since the start of the season and this should increase further over the next few gameweeks.

Van Persie began life at Old Trafford with a neatly taken goal as Manchester United came away with a 3-2 victory over Fulham in Gameweek 2. The Dutch striker also picked up three bonus points to illustrate his contribution and level of performance for the Red Devils.

Sir Alex Ferguson’s summer signing was picked ahead of Wayne Rooney in attack with Shinji Kagawa playing just off the Dutch striker and the two players showed signs of working well together. Manchester United travel to the St Marys Stadium in Gameweek 3 in a tie that historically is full of goals.

Michu followed up his brace in Gameweek 1 with another goal in Gameweek 2 as Swansea ran out 3-0 winners against West Ham. Two clean sheets by the Swans have also aided Michu’s early points tally but consecutive bonus points scoring highlights the potential of the Spanish midfielder who scored 15 goals in La Liga for Rayo Vallecano last season.

Michu’s price has increased by £0.6m in just two gameweeks and although the trip to Sunderland is Michael Laudrup’s toughest test yet, Swansea go into the weekend as the most in-form side in the Premier League.

The impending arrival of Dimitar Berbatov will heighten the competition in the Fulham front-line and many fantasy managers may be weary of Mladen Petric’s place in the side.

The Croatian striker however is a favourite of Martin Jol’s and demonstrated his pre-season form with a 16 point haul in Gameweek 1, with a brace, an assist and three bonus points against Norwich. Petric was unlucky not to add to his Gameweek 1 tally with David De Gea pushing the Croatian’s point-blank effort onto the bar in the defeat at Old Trafford. Opponents in Gameweek 3 are West Ham who conceded three goals against Swansea last time out.

Consecutive points scoring highlights the consistent return of Manchester City’s Yaya Toure. The Ivorian midfielder is likely to be favoured by fantasy managers ahead of David Silva currently, with Roberto Mancini expressing his concerns over the Spanish midfielder’s tiredness.