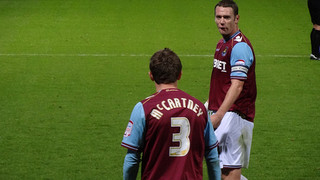 Luis Suarez scored for the third gameweek in a row as Liverpool secured a point at Stamford Bridge.

Dimitar Berbatov bagged a brace as Fulham held on to a 3-3 draw at the Emirates Stadium, whilst Marouane Fellaini scored his sixth goal of the season as Everton came from behind to beat troubled Sunderland.

Elsewhere Kevin Nolan fired home his fifth goal of the season as West Ham picked up a credible victory against Newcastle and Javier Hernandez rescued all three points for Manchester United in a dramatic 3-2 win at Villa Park.

Sportingly Better picks out the best choices for the captain’s armband this week as well as listing a number of fantasy football transfers available to managers for Gameweek 12.

Robin Van Persie once again illustrated his worth to his new club, picking up his fifth assist of the season as Manchester United secured a dramatic 3-2 win at Villa Park last weekend.

No striker has scored more goals or earned more fantasy points than Van Persie this season, but the clinical striker has been withdrawn from the Netherlands squad due to a thigh injury.

Van Persie is expected to be available for the trip to Carrow Road and the Dutch striker excelled against The Canaries last season scoring four goals.

Opponents Norwich have steadied the ship in recent weeks conceding just one goal in the last four games, but keeping out Van Persie should prove more challenging for The Canaries back line.

Luis Suarez scored for the fourth successive away game as Liverpool shared the spoils at Stamford Bridge.

The Uruguayan forward scored his eighth goal of the season with a second half header against Chelsea and the Liverpool striker remains the Merseyside club’s only outlet.

Suarez’s stats are excessive and the striker has had more penalty box touches (120) and has attempted more shots (65) than any other player in the Premier League.

Opponents Wigan have kept just one clean sheet in the last nine games and the controversial striker remains Liverpool’s best bet for goals this weekend.

In term’s of midfielders, only Michu and Marouane Fellaini have scored more goals than Nolan this season and the West Ham midfielder has managed an impressive 27 shots inside the opposition’s box.

Nolan scored 12 goals in his last season in the Premier League two years ago and the advanced midfielder looks on course to reach a similar tally this time around.

Opponents Stoke have kept just one clean sheet away from the Britannia Stadium this season and Nolan is proving to be an increasingly pivotal part of Sam Allardyce’s plans at West Ham.

Marouane Fellaini continued his superb run of form this season, hitting his sixth goal in the Premier League as Everton came from behind to secure a 2-1 victory over Sunderland.

Fellaini has had more goal attempts inside the box than any other midfielder and the Belgium international is starting to be courted by a number of European sides after being moved further forward this season by manager David Moyes.

Opponents Reading picked up their first clean sheet of the season last weekend, but The Royals’ defence remains questionable and the intimidating Belgium will like cause plenty of trouble for Brian McDermott’s side on Saturday.

Dimitar Berbatov once again proved his quality with a compelling brace that earned the Bulgarian forward three bonus points against Arsenal in Gameweek 11.

The enigmatic striker was top scorer in the Premier League two years ago with former club Manchester United and although the Bulgarian is unlikely to hit a similar target, the striker remains very much on course to reach double figures this season.

Opponents Sunderland have conceded eight goals away from home this season and the guile and quality of the Bulgarian could be telling for The Cottagers this weekend.