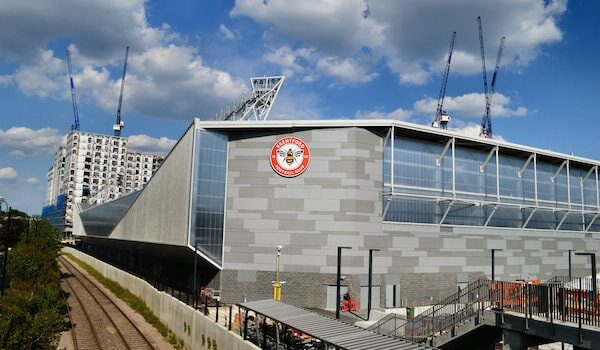 Football fans have only had to wait 33 days for the Premier League to kick off again after what has been one of the most exciting Euro’s campaigns for the England team EVER. Hopefully, you have recovered from the emotional turmoil and are ready to get stuck into another gripping Premier League season. We’re going to go over the fixtures from the opening weekend and briefly discuss the latest transfers that have happened over the summer so you know exactly what to expect from the first game back.

Getting things started is Brentford and Arsenal at the Brentford community stadium. This London derby has only been played a total of 13 times since 1902 due to the teams being in separate leagues. Believe it or not, Brentford has won more of the clashes than Arsenal have. However, their last win was in 1939 so it’s safe to say things have changed a little bit since then.

Brentford will be looking to prove themselves for their first-ever game in the Premier League after a 74-year absence from top-flight football. Arsenal will be thinking that they can get off to a good start with three points looking likely. Hopefully, we will get to see what their new singings Albert Sambi Lonkonga and Nuno Tavares are made of as well. What’s for sure is that it’s another London derby day that we can look forward to this season!

Man U vs Leeds is sometimes called the Roses rivalry or the Pennines derby. It’s another highly anticipated game from the opening weekend. If past form is anything to go by then Manchester United are the favourites with the reds winning 47 to Leeds’ 26 wins. However, after showing his talent during the Euros, Kalvin Philips will be hoping that he can rally his team to a victory for what would be an excellent start to the season if Leeds can secure a win over Man U.

The Red Devils have been happy to dip into their pockets for what have been two of the biggest signings of the transfer window so far. They purchased Jadon Sancho from Borussia Dortmund for £73 million and French defender Raphael Varane for £41 million from Real Madrid. Both players should make a big impact on the team and it will be exciting to see what they can do against Leeds. The whites have signed 24-year-old Jack Harrison from Man City and they will be expecting him to work his magic on the wings. The other notable signing for Leeds is Junoir Firpo from Barcelona who will be assuming the left-back position when he gets the call-up. Leeds will be eager to improve on their top ten finish and will want to take the three points from Manchester United. So, it should be an interesting game!

Burnley and Brighton are two teams that are very familiar with each other having faced off many times in recent years in League 1 and the Premier League. They’re evenly matched with both teams winning 11 games apiece and a total of 15 draws. So, there’s really not much between them. However, Burnley will feel like the favourites with the home ground advantage. The fans at Turfmoor might have a lot to do with the final score.

Brighton’s most notable signing is Enock Mwepu from RB Salzburg. He was picked up for the sizable fee of £20 million so Brighton will be hoping to get a quick return on investment with a good first game against Burnley. The Clarets have picked up Nathan Collins from Stoke City for £12.6 million and some free transfers like Jacob Bedau and Wayne Hennessey.

The second London derby to take place on the opening weekend is Chelsea vs Crystal Palace at Stamford Bridge. In the history of this matchup, Chelsea is the clear winner with 31 wins vs Crystal Palace’s 12 wins. Chelsea has put away 19 goals in their last 7 wins against Palace so you can expect a high scoring game if this form continues. Crystal Palace, however, will be preparing to prove critics wrong and start the season with an emphatic win against their London rivals.

While there are lots of transfer talks and rumours, Chelsea is yet to put pen to paper with any new signings. So, we’ll have to wait and see who will be gracing the field with their presence for the first time in a Chelsea shirt against Palace. Crystal Palace has two signings worth talking about, the first is Chelsea’s Marc Guehi who has been playing in the U23 Premier League. He’ll be hoping he gets the callup to face his old team. The second is attacking midfielder Michael Olise from Reading who was secured for £13.5 million.  Palace has got a big task ahead of them playing Chelsea at home but derby days do have the habit of throwing up surprises.

This is another evenly matched game with both teams winning 4 of the last 10 games, plus two draws. Everton will be hoping the home ground advantage will help them seal the deal but anything can happen on the first game of the season. It’s likely to be a low scoring game and maybe even a draw if the past form continues for these two teams.

Everton has managed to pick up 6 new players without spending much money. All of the new arrivals have been for free except for left-winger Damerai Gray who was purchased at a bargain price of £1.8 million from Bay Leverkusen (considering he has a market value of £7.2 million). Southampton got their wallet out for Stade Brest 29’s left-back Romain Perraud who they secured for £10.8 million. They also picked up Everton’s Theo Walcott as a free transfer. Both teams will be wanting to make use of their new signings to win the first game back to get 3 points on the board.

Leicester City has won 4 out of the last 10 games against Wolves but more often than not, this matchup has ended in a draw. With four out of the five draws being 0-0. So, this matchup isn’t exactly renowned for big scores and excitement but every team wants to prove something in the opening game so this could be the year they buck the trends.

The Foxes have paid £27 million for RB Salzburg’s striker Patson Daka. Daka scored 34 goals and had 6 assists during his last season for Salzburg and Leicester will be hoping that he can continue this form in the Premier League. Leicester’s other big signing is defensive midfielder Boubakary Soumaré. They picked him up from Lille for £18 million and they’ll be expecting him to stop the ball from getting through to the back four so often. Wolves have been busy early on during the transfer window and have already purchased four players and secured Francisco Trincão from Barca on loan. Most of their buys have been defensive with the biggest signing going to Rayan AĪt Nouri from SCO Angers for £9.99 million.

These two teams have only faced each other 21 times since 1969. Watford has 8 wins, Aston Villa has 8 wins, with the remaining 5 fixtures ending in a draw. Villa won the last Premier League match up but if the past is anything to go by, it’s anyone’s game. Watford will be hoping to make a statement after their promotion from the Championship last season. However, Villa will want to improve on their respectable 11th place finish last season with an early win against a team that they should beat (at least on paper).

Watford managed to pick up Spurs’ Danny Rose and Borough’s Ashley Fletcher as free transfers. They also purchased Imrân Louza from FC Nantes for £9 million and Emmanuel Dennis from Club Brugge for £3.6 million. It looks like they’ve been adding depth and strengthening positions all around the pitch so it will be interesting to see what the new signings can do for Watford this season. Villa has paid a sizable £34.56 million for Norwich City’s right-winger Emiliano Buendía. They also picked up Ashley Young as a free transfer from Inter Milan.

Out of the 66 games that these two teams have played against each other, Liverpool has been the victor 37 times, they’ve drawn 15 times, and Norwich has won 14 times. Liverpool have won 8 out of the last 10. So, from those statistics, it’s looking like Liverpool are the favourites and Norwich has a tough opening game ahead of them. However, after finishing top of the Championship, Norwich are back in the Premier League once again to try and prove they are more than a yo-yo team, and that they deserve their spot in the best league in the world.

Norwich has been busy spending its Premier League bonus money with 5 new signings already. Right-winger Milot Rashica from Weder Bremen was purchased for £9.90 million and Ben Gibson was bought for £8.37 million from Burnley, making up the canaries two most expensive signings. Liverpool has been less busy with only one purchase so far. They have chosen to strengthen their defence by buying RB Leipzig’s Ibrahima Konaté for £36 million. Liverpool will be wanting him to get off to a good start by keeping some clean sheets for that sort of money.

Historically, Newcastle has come out on top of this matchup and their recent form of 4 wins out of 5 suggests that they will be the favourites heading into this game. Especially as they will be playing at a full capacity St. James Park that will be filled with their notoriously passionate fans. However, West Ham finished 6 positions ahead of Newcastle in the table last season in 6th spot. So, they know if they’re going to be in with a chance to play Champions League football next year they need all the points they can take. It should be a fierce and fast-paced game.

Newcastle, true to form has not spent any money yet. Fans will be hoping that there are some last-minute deals to be done so they can see some fresh energy on the pitch at St James this season. The Hammers have also been relatively quiet on the transfer market, only picking up Craig Dawson from Watford for £2.07 million. So, the opening game as it stands will see mostly last season’s players face off against each other again. We’ll have to wait and see if West Ham can do better than last time!

The biggest game of the whole weekend has been saved until the last slot. The 16:30 Sunday kick-off sees Tottenham play Manchester City at home. The teams have played each other a total of 164 times and not much separates them. City are up by only two games and out of the last five games, each team has won twice with one draw. So, this should be a tense and exciting game with not much separating the two Premier League giants.

So far Spurs have only splashed their cash on Sevilla’s left-winger Bryan Gil who they bagged for £27 million. They also got goalkeeper Pierluigi Gollini on loan from Atalanta BC. Surprisingly Man City haven’t spent any money yet and they only picked up goalkeeper Scott Carson from Derby on a free transfer.

So, it’s looking like the opening Premier League weekend will be packed full of action and there are already some exciting new players to bring some fresh play to the league. However, we all know that the clubs will be wanting to close many more deals before the transfer window finishes.

Jake Hughes is a freelance writer who specializes in sports, online marketing and cryptocurrency. He is also the Content Marketing Manager for Ticket-Compare. If you want to find Premier League match tickets at great prices, head over to our site now. Don’t miss your chance to watch one of the most exciting leagues in the world LIVE!