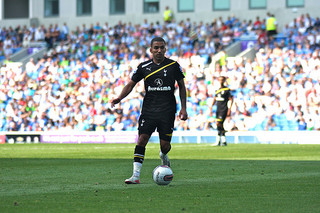 The UEFA Europa League quarter finals take centre stage tonight with Premier League trio Chelsea, Tottenham and Newcastle all hoping to navigate their way into the last four of the competition.

Tottenham’s narrow victory over Inter Milan in the last round highlighted Spurs‘ need to avoid complacency, but the London side go into the last eight as favourites for the competition.

Manager Andre Villas-Boas has not hidden away from his desire to once again lift the Europa League crown and the Portuguese coach has fielded consistently strong sides throughout the tournament.

Tottenham have won four out of their last five games at home in the Europa League and the defeat at the San Siro last time out has been Tottenham’s only blemish in this year’s competition.

Villas-Boas is expected to recall Brad Friedel in goal, but Jermain Defoe is absent with a groin injury, so Emmanuel Adebayor may be tasked again with leading the line for Spurs. Kyle Walker misses out through suspension.

Opponents Basel followed up their elimination of Zenit St Petersburg by dumping out Dnipro in the last round of the Europa League and the Swiss club are a side not to be underestimated.

Centre backs Fabian Schar and Aleksandar Dragovic have formed the mainstay of the backline for Basel, who have kept six clean sheets in their last 10 matches in the Europa League.

Murat Yakin will be without Park Joo-Ho, Philipp Degen and Marcelo Diaz for the trip to north London, but January arrival Raul Bobadilla remains cup-tied after featuring for Young Boys in the group stages.

Despite chasing a top four finish domestically, Andre Villas-Boas looks likely to field another strong line-up in the Europa League tonight and ensure Spurs take a lead back to Switzerland in one week’s time.