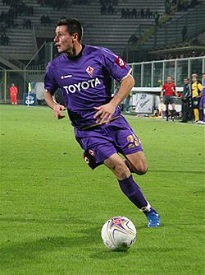 Group leaders Fiorentina will be looking to maintain their 100% record in the Europa League on Thursday, with a trip to bottom side Pacos Ferreira in Portugal.

The Viola find themselves billed as the second favourites for the competition in the outright betting market by Bwin after winning four of their opening four matches in Group E, but defeats against Napoli and Udinese in the last month has seen the early optimism surrounding Vicenzo Montella’s side start to fade.

Former Manchester United striker Giuseppe Rossi sits three goals clear in the Serie A goalscoring charts at present, but the Italy international is likely to be one of a number of players rested by Montella, after the Florence based outfit secured their passage to the knockout stages three weeks ago.

Hosts Pacos Ferreira fell to their fourth successive defeat in the competition as goals from Matheus and Yevhen Konoplyanka gave Dnipro a 2-0 win away at the Capital do Movel.

Pacos Ferreira’s third-placed finish last season remains all but a distant memory for the Portuguese side, with Henrique Calisto’s men locked in a relegation fight in the Primeira Liga after winning just two of their opening 10 games.

Os Castores have failed to score in all but one of their games in the Europa League this season and although the Serie A side are expected to make a number of changes on Thursday, the Viola should maintain their 100% record and qualify as group winners.