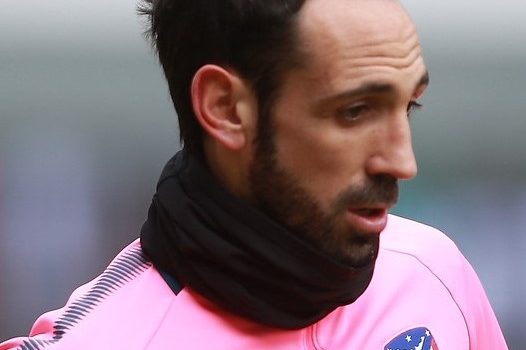 Published on May 15th, 2018 | by Sportingly Better Tipster

Sportingly Better takes an in-depth look through the betting markets for this match, whilst trying to side with the clear favourites.

Atletico Madrid will be hoping to overcome any French bias, with the Europa League final taking place on Wednesday in Lyon.

Diego Simeone’s side boast notable European pedigree, but have had to come back from the disappointment of losing a Champions League final twice to their bitterest rivals and most recently dropping out of Europe’s elite competition this time around.

Since then Atleti comfortably beat both Copenhagen and Lokomotiv Moscow in the knockout stages, whilst edging past both Sporting and Arsenal to make their way to the final in Lyon.

The Spanish club will be without Diego Simeone who will be banned from the touchline, but otherwise the only injury concern for Atletico Madrid is winger Vitolo.

Atletico’s success remains their defensive stability with goalkeeper Jan Oblak certainly making claims to be the best stopper in the Europa League this term, but all eyes will be on Antoine Griezmann who may be playing his final game for the club amid increasingly speculation of a transfer move this summer.

An away win for Atletico Madrid at 1.80 forms part of our pick soccer 6 predictions bet on Wednesday, but better value may be to side with a clean sheet for the away side (2.10), a feat that has been completed an astonishing 26 times already this season.

French side Marseille’s route to the final has been bumpy to say the least, with Rudi Garcia’s side losing five times on the road to the Europa League final.

Marseille have shown tremendous character especially in the last eight against RB Leipzig, as well as in the semis against Salzburg and in Florian Thauvin, the French side have a player who could cause Atletico Madrid real problems.

Thauvin has scored 25 goals and assisted 13 goals in both Ligue 1 and the Europa League this term and alongside Dimitri Payet, Marseille will fancy their chances of not only creating but also breaching the Spanish rearguard.

Payet however is an injury doubt and alongside concerns over centre back Rolando and forward Kostas Mitroglou, Rudi Garcia may have to shuffle his pack for the biggest game of their season.

Interestingly despite their attacking quality, Marseille have failed to score in five Europa League ties this term and siding with the Atletico Madrid defence on Wednesday is definitely a play that represents fair value.

Although Atletico Madrid remain clear favourites, this year’s Europa League final may be closer than many may expect and despite the large support Marseille are likely to see in France, it is Diego Simeone’s side who are once again likely to emerge victorious and continue to cement their pedigree on the European stage.