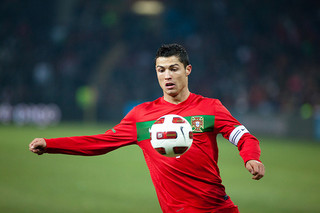 An improving Portugal side face Group A winners the Czech Republic in the first of the quarter finals at Euro 2012.

The Czech Republic became the first side in European Championship history to top a group despite conceding five goals and even during qualification Michal Bilek’s side picked up just three clean sheets. Chelsea’s Petr Cech has been to blame for some of the goals conceded and that will not instill confidence to the Czech’s back-line who face their toughest test so far at Euro 2012 in the shape of Portugal. The midfield displays of Pilar, Jiracek and Plasil have been encouraging but captain Tomas Rosicky looks set to be ruled out with an Achilles injury.

After an opening 1-0 defeat to Germany, Portugal recovered to win their next two group games and secure their place in the Euro 2012 quarter finals. Paolo Bento praised Portugal’s team ethic and his side have clearly improved and grown into the tournament. Twenty one goals were scored during qualification and a further five goals have been added during the group stage, with Cristiano Ronaldo re-emerging as a contender for the Golden Boot. Rui Patricio has not looked as impressive as he has at club level this season and Fabio Coentrao has often been too cavalier and offensive from full-back, something which the Czech Republic might wish to exploit.

But no player has had more shots in Euro 2012 than Cristiano Ronaldo and with the Real Madrid man firing, Portugal should have too much in attack for the Czech Republic.