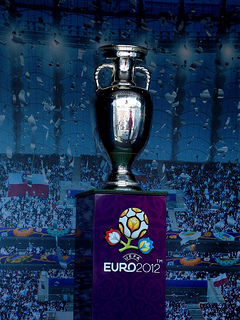 Vicente Del Bosque is expected to start Cesc Fabregas with Sevilla’s Alvaro Negredo who played in the semi-final against Portugal dropping to the bench.

Italy coach Cesare Prandelli should welcome back Ignacio Abate after the AC Milan defender missed the semi-final win over Germany with a hamstring injury. Despite carrying cramps and slight knocks, Mario Balotelli and Antonio Cassano should start in attack. Juventus defender Giorgio Chiellini will be reinstated after suspension, with club-mate Leonardo Bonnuci likely to miss out alongside Christian Maggio who is also back from suspension.

With both sides comfortable in possession, goals before the break look unlikely, with seven of the last 10 matches between the two sides ending 0-0 at half time. Del Bosque will likely start again without a recognised striker and La Roja are expected to possess a lot of the ball in Kiev. Six players have completed more passes than Italy’s Andrea Pirlo and the Azzurri will need to be clinical in possession and attack.

These two sides met in the opening game of Group C, where a 1-1 draw was played out. Cesc Fabregas salvaged a point for Spain after Di Natale had given Italy a deserved lead in the second half. Spain completed 780 passes compared to Italy’s 426, but the lack of cutting edge, purpose and penetration in the Spanish side has been evident throughout the tournament.

After beating Germany, Italy will be full of confidence and the Azzurri have grown into the tournament with the likes of Chiellini, Pirlo, Cassano and Balotelli proving vital for coach Cesare Prandelli. The choice to play without a striker has been a curious selection by Del Bosque, who have clearly missed the cutting edge of David Villa this time around. Italy look well priced to lift the Euro 2012 trophy in Kiev on Sunday but the Azzurri will be hard-pressed to beat Spain in a close-fought final.

will refund all losing first and last goalscorer bets, correct score and scorecast bets as free bets if Balotelli scores anytime during 90 minutes.

William Hill are offering an enhanced wincast on Mario Balotelli to score any time in an Italy win @8.00