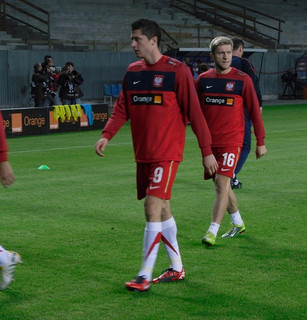 Co-hosts Poland will be focused on picking up three points against Greece in Warsaw in the opening game at this summer’s European Championships, with the next game against rivals Russia likely to determine the winners of the group.

The Borussia Dortmund trio of Robert Lewandowski, Jakub Blaszczykowski and Lucas Piszczek provide much needed quality for the co-hosts alongside Arsenal goalkeeper Wojciech Szczesny. Poland defender Damien Perquis is an injury doubt in an otherwise fit squad. Poland have lost just once in their last 12 games, picking up credible draws against Portugal and Germany.

Opponents Greece however are a stubborn side and have lost just once in 21 games since Fernando Santos took charge in 2010. Greek defender Vassilis Torosidis is unlikely to start through injury, but Sotiris Ninis should be fit. Greece have scored fewer goals than any other nation that qualified for Euro 2012 and a lack of goals will be worrying at this level.

A low scoring encounter looks likely, but Poland should at least avoid defeat in front of the home crowd on Friday.

‘Dark horses’ Russia put themselves firmly on the map with a comfortable 3-0 victory over Italy last time out.

The win over the Azzurri has ‘boosted Russia’s self-confidence’ according to manager Dick Advocaat who looks likely to choose from a fully fit squad with Akinfeev, Anyukov and Pavlyuchenko all shaking off injuries. Alan Dzagoev remains one to watch.

Opponents Czech Republic are set to be without Milan Baros and finding goals is the main concern for Michal Bilek.  The Czech Republic has the lowest possession count out of all the teams that qualified for Euro 2012 and had to come through the play-offs to qualify for the tournament.

Russia are currently enjoying a 14 match unbeaten run and Dick Advocaat’s side should be too strong for the Czech Republic.