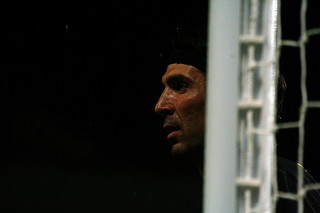 Italy will know victory alone is not enough in their final group game at the European Championships.

After successive 1-1 draws, Italy will be reliant on Spain doing the Azzurri a favour by beating Croatia, although a 2-2 draw could also eliminate the Italian’s from this summer’s competition.

Mario Balotelli is likely to start from the bench after picking up a knee injury, but encouragingly centre-back Andrea Barzagli should return for Italy, allowing Daniele De Rossi to be moved to a more familiar midfield position. The defensive boost for Cesare Prandelli may mean that a solitary goal may be enough to secure victory and all eyes will be on Antonio Di Natale after his fine finish against Spain in the opening game of Group C. Cassano however remains key for the Azzurri and Italy are unbeaten in competitive matches where the AC Milan striker has played for Prandelli.

Ireland have arguably been the worst team at Euro 2012 and former international Roy Keane has been very public in his comments regarding the state of the national team. The likes of Given, Dunne and Duff may all retire after the tournament is over, but before that a marked improvement in performance is needed for much of the Irish support. Ireland have conceded seven goals already and the Italians will be fully confident of breaching the Republic’s rearguard and getting their part of the job done today. Kevin Doyle should replace Simon Cox in what is expected to be the only change expected from Giovanni Trappatoni.

Whilst the price on Italy to win is understandably low, the odds on a win to nil provides a large amount of value in a match Italy must win to have any hope of progressing.