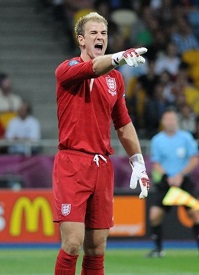 A highly entertaining draw with Ecuador left plenty of pundits lauding Ross Barkley, but an injury to Alex Oxlade-Chamberlain and a poor defensive showing took the shine of an otherwise open attacking display from the Three Lions.

Sportingly Better takes a look at the best value football betting tips this weekend, as England take on Honduras in their final World Cup warm-up game.

England’s World Cup preparations come to an end on Saturdayy, with Central American side Honduras the opponents in Miami, Florida.

Roy Hodgson will be without Raheem Sterling through suspension, whilst Jack Wilshere, Luke Shaw and Alex Oxlade-Chamberlain may all be rested as a precaution.

England’s first-choice backline is likely to be reinstated after a poor showing from Manchester United defenders Phil Jones and Chris Smalling; a move that does lessen the appeal for another flurry of goals in Miami.

England have won just three of their last nine international friendlies, but Saturday’s encounter against Honduras in Miami should give the Three Lions a good opportunity to improve that record.

Opponents Honduras have won just one of their last six matches and the four goals that the Central American side conceded last time out against Israel will give the Three Lions plenty of encouragement that they will sign off their World Cup preparations with a bang on Saturday.

England’s final warm-up game is likely to be a much more disciplined and polished affair for the Three Lions and the return of Daniel Sturridge to the attack should see England score at least a couple of goals this weekend.