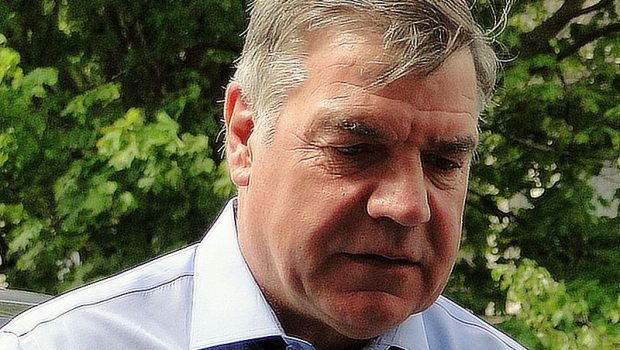 After England’s disappointing exit at the hands of Iceland in Euro 2016, Roy Hodgson’s position was untenable. It was no surprise to see Hodgson announce his departure immediately after the shocking performance, allowing the FA to get on with the task of finding England’s next manager.

Beginning with odds of 20/1, Sam Allardyce has now become the favourite following his departure from Sunderland’s Austrian training camp for suspected talks with the FA this week.

With Sunderland looking destined for relegation last season, Big Sam was brought in to do what he does best. Come May, Sunderland were saved and Allardyce had added another impressive achievement to his resume.

He took little time in getting to know his players and focused on what was necessary to get results and more importantly points on the board. Sunderland players like Kaboul, Borini and Kirchoff have all spoken highly of Allardyce with statements praising his experience, his coaching ability and claiming that he’s someone you always listen to.

Allardyce may be perceived as the man to save a team from the drop or forging a team that is difficult to break down but we shouldn’t forget that he was one of the first managers in the Premier League to embrace psychology and Prozone analysis.

With an enthusiasm to explore technology and how it can improve the team’s play, he could be the man to shake up the England system. In addition, he has also spoken of a willingness to mentor a young assistant who would be groomed to be his successor.

Having spent the last five years managing the American side, Klinsmann is looking for a step up and England would be an ideal appointment to further his management career.

Earlier this week, Oliver Bierhoff claimed that Klinsmann was in talks with the FA, causing his odds to drop considerably but now the media outlets seem to be covering Allardyce’s movements.

Klinsmann clearly has the experience when it comes to international football, where he changed the mentality for Germany, allowing them to continue to reap the benefits, years after his departure. Most notably, he took the German national side to the semi-finals of the 2006 World Cup.

This led to a stint in charge of Bayern Munich, which ended in a sacking and being replaced by Jupp Heynckes in April 2009. In 2011, he became the manager of USA and led them to victory in the Concacaf Gold Cup in 2013. In the 2014 World Cup, Klinsmann led USA to the last 16 but was knocked out by Belgium in extra time.

One advantage Klinsmann has compared to Allardyce, is his ability to work with national bodies to develop their infrastructure. He made impressive changes in Germany and has started to do the same in America as the Technical Director of US Soccer.

Part of his job has been to improve youth development in America with new measures to help educated coaches and align the structure with those of European counterparts. The FA will be keen to hear what ideas he has for England’s infrastructure and this could sway their minds if they are impressed with his vision.

Sunderland’s admission today that talks have taken place with Sam Allardyce, seem to suggest that the FA have chosen their frontrunner.

Despite Sunderland’s preference to keep their manager, a move to manage the national team at this stage of his career seems to much for ‘Big Sam’ to turn down.

Recommended Football Tips
Back Sam Allardyce to be the next England Manager @1.57