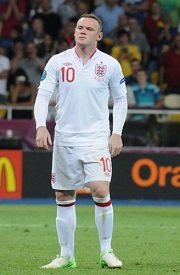 Southampton’s Jay Rodriguez and Adam Lallana are both in-line to make their England debuts on Friday, as the Three Lions welcome Chile to Wembley.

South American side Chile take on England on Friday night, as the Three Lions begin their preparations for the 2014 World Cup.

England failed to lose any of their 10 World Cup qualification games in Group H and despite a number of withdrawals going into the match, the Three Lions remain odds-on to pick up a victory in the football betting markets.

Celtic stopper Fraser Forster has been tipped to make his debut, following Roy Hodgson’s admission that Joe Hart will start the match on the bench, but Norwich City’s John Ruddy will also be hoping for some game time.

Chelsea midfielder Frank Lampard will lead the side out at Wembley following Steven Gerrard’s withdrawal, with Liverpool’s Jordan Henderson an option alongside the England veteran in the double pivot.

Opponents Chile are undefeated in their last five matches in all competitions and a 2-1 victory over Ecuador last time out will have likely buoyed Jorge Sampaoli’s men.

The South American side will have to do without Juventus general Arturo Vidal in midfield, but the domestic form of Alexis Sanchez for Barcelona has been encouraging.

England have won eight of their 10 games at Wembley under Roy Hodgson and this weekend’s home comforts should see the Three Lions prevailing once again on Friday.