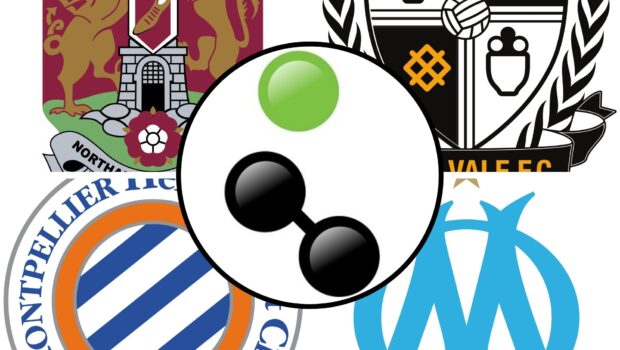 Northampton begin life in League Two again by welcoming Port Vale to Sixfields Stadium. The Cobblers’ relegation was confirmed on the final day of last season.

Indeed manager Jon Brady responded with an overhaul of the squad and 12 new signings. The latest being Tottenham Hotspur’s Kion Etete who joins on a season long loan. Northampton fans will be hoping the young striker can make the jump to senior level and help them secure promotion after bagging 9 goals in 21 games for Spurs under-23 side last season.

Similarly, the Valiants saw a huge squad overhaul in the summer. Despite guiding Vale to safety after his appointment in February, manager Darrell Clarke chose to let all 15 out-of-contract players leave.

The move was somewhat surprising given Clarke guided them to an unbeaten run of 8 wins and 1 draw in 9 games towards the end of the season. The summer has seen 12 new signings arrive, most notably ex-Manchester United starlet James Wilson. The striker was given the number 9 shirt after club legend Tom Pope’s departure and will be looking to get off to a fast start for his new side. After netting twice in pre-season, we like a small stakes play on him to find the back of the net come Saturday.

To the tie itself and it’s always tricky to pick sides early in a new season, especially between two clubs who’ve seen such high player turnover. The playoffs are a realistic target for both sides so starting off on the right foot will be vital for any promotion push.

Vale are unbeaten against the hosts in the last 4 meetings dating back to 2018, with 3 wins and 1 draw. And combined with their form to end last campaign under Clarke, we fancy them to get some sort of result to open the new campaign.

The 16 point gap to fourth place will be a big ask for Marseille to overturn, but their passionate fanbase will want to see their team competing near the top of the table once again. And manager Jorge Sampaoli has responded with an overhaul of the squad as he takes charge of his first full campaign following appointment in February.

Florian Thauvin’s somewhat surprising move to Mexican side Tigres was perhaps the most notable summer change. While his departure will leave a big hole to fill, promising young American winger Konrad de la Fuente could be instrumental if he can live up to the hype.

Montpellier also strengthened recently with the arrival of ex-Liverpool and Crystal Palace defender Mamadou Sakho. The Frenchman is familiar with Ligue 1 having been at PSG before moving to England. His experience will be a welcome addition at the back for La Paillade.

On to the betting angles then and as stated previously, early season fixtures can be tough to gauge. But we’ve found a couple of fancies we like based on pre-season and recent head-to-head results.

OM will be pleased with an undefeated pre-season, winning 5 and drawing 2 of their 7 friendlies. The results aren’t important but intriguingly the last 6 fixtures saw both teams score. Opponents included the likes of Europa League champions Villarreal and fellow Ligue 1 side St. Etienne.

Marseille also come into this fixture unbeaten in the last 4 meetings with their hosts, seeing 3 wins and 1 draw over those games.

Look for both sides to find the back of the net on Sunday, as well as a nice boost to the odds when adding in the away side to get a result.