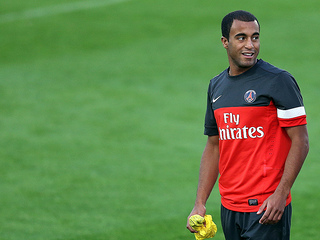 Domestic cup action features across Europe this week, as some of the top sides on the continent clamour to secure their passage into the next round.

Today’s football tips come from France as league leaders PSG take on Marseille in the Coupe de France, a match you can see LIVE on Sportingly Better as David Beckham makes his first start for the club.

PSG’s victory over Marseille on Sunday extended the Parisiens excellent head to head record over their illustrious opponents, but Wednesday’s Coupe de France encounter could be more closely contested.

PSG have won their last four home matches against Marseille in all competitions and les Rouge et Bleu’s 2-0 victory on Sunday mirrored their 2-0 victory in Paris in the Coupe de la Ligue back in October.

Carlo Ancelotti has confirmed that 37-year old David Beckham will start the match on Wednesday and the former England international will play in a deep-lying midfield position in place of the suspended Marco Verratti. Kevin Gameiro could be drafted in for the league leaders, whilst Clement Chantome may step in for the impressive Blaise Matuidi in midfield.

The Parisiens are currently enjoying a fine run of form having won nine of their last 11 matches in Ligue 1 and the league leaders also find themselves as the favourites for the Coupe de France this season.

Opponents Marseille have been inconsistent since the winter break, but manager Elie Baup will be wanting to finish in the top three in Ligue 1 this season.

The Coupe de France remains L’OM’s only realistic chance of silverware this season and the record 10-time winners will be hoping to lift the cup for the first time since 1989.

Baup has had to contend with continued asset stripping at the club following the departures of Cesar Azpilicueta, Stephane M’Bia and Loic Remy this season and L’OM’s small squad is beginning to show signs of derailment.

PSG enjoy a superb record in the Coupe de France having won 12 of their last 14 matches in the competition and the Ligue 1 leaders should book their place into the next round with another home victory over Marseille.