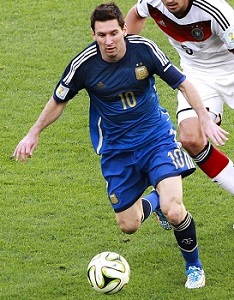 Hosts Chile will be hoping to make the most of home advantage this weekend in the 2015 Copa America Final, but the betting odds took a huge dive after seeing Argentina fire in six goals against Paraguay in the semi-finals.

The 2015 Copa America reaches its climax this weekend as hosts Chile take on Argentina in the final.

Both sides were heavily backed to go far in the tournament and both have delivered in that respect. Neither side have yet to taste defeat, but Argentina’s impressive semi-final demolition of Paraguay suggests La Albiceleste could be hitting tournament form at just the right time.

Although Lionel Messi failed to score again in the tournament the Barcelona forward did have a hand in three of Argentina’s six goals and Gerardo Martino’s leading talisman looks set to take the spotlight again in the final.

Opponents Chile will be without Gonzalo Jara through suspension for his part in Edinson Cavani’s red card in the quarter-finals, but Alexis Sanchez and Eduardo Vargas who scored a stunning winner in the 2-1 semi-final victory over Peru will look to cause Argentina problems in the final.

On paper, Argentina have the far superior side and despite losing two of the last three Copa America finals La Albiceleste should conquer hosts Chile and lift the 2015 Copa America trophy on Saturday.