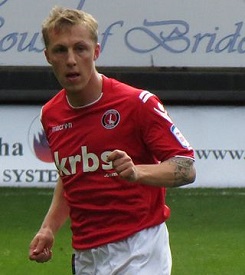 This week our free football tips come from the midweek games in the Championship, as Birmingham host Bolton and Charlton travel to Preston.

Birmingham will be looking to keep their play-off hopes alive on Tuesday, as the Blues welcome struggling Bolton to St Andrews.

Gary Rowett’s have lost just one of their last eight games in the Championship fixtures and sit just six points away from the play-offs, with an additional game in hand on most of the sides above them, which could see that gap reduce further.

Birmingham are looking to record three successive victories over Bolton and a win on Tuesday would be their fifth in their last six games on home soil.

Opponents Bolton have agreed a takeover headed by former player Dean Holdsworth and the Trotters will be hoping that the announcement will provide some much needed stability and focus at the club.

Neil Lennon’s side have actually lost just one of their last five games in the Championship, but have failed to win 33 of their last 37 league games and the value in backing the home side in the online sports betting markets at evens looks too good to miss this week.

Preston have emerged as potential play-off hopefuls and a home match against Charlton on Tuesday provides the club with a good opportunity to keep their recent momentum going.

Visitors Charlton have won just one of their last 16 matches in all competitions and some heavy defeats during that run, make the betting odds in the overs market at 2.15 ooze massive appeal.

The Addicks could see Yaya Sanogo and Igor Vetokele lead the line who are looking to keep a run of only failing to score once in Charlton’s last 15 visits to Deepdale.

Hosts Preston have won six of their last nine games, including a victory over league leaders Hull and three points over Charlton on Tuesday would see Simon Grayson’s men pick up their fourth successive league win on the bounce.

A lack of form and goals for Charlton is worrying, but Preston’s good run of form should see the match open up and produce goals.