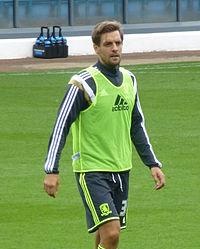 Championship Betting – Back Boro for Promotion

Middlesbrough’s push last year almost ended with promotion to the Premier League and with the club backing Aitor Karanka to the hilt this campaign, backing Boro to gain promotion to England’s top flight looks well priced especially given the club’s ambitious transfer movements during pre-season.

Middlesbrough’s step up in ambition this season has been noticeable from the outset.

Veteran defender Jonathan Woodgate has been so impressed with the plans by the club and the progression of the side under highly-rated Spanish coach Aitor Karanka that the player has decided to revert his decision to retire at the end of last season and stay on for another 12 months with the club, but the club’s summer recruitment drive had only just began to gather pace.

The arrival of Uruguay striker Christian Stuani, who hit 15 goals in La Liga for Espanyol last term highlighted the clubs persuasion to convince higher level players of the ambitious project that the club has laid out in the north-east.

Uruguay international Stuani has all the physical attributes to really make an impact in England’s second tier and at 28-years old, Middlesbrough will be confident that in Stuani, they have a player who would be comfortable in the top flight, if the club’s ambitious aims go to plan.

Last season’s Player of the Year Patrick Bamford has yet to decide where he will be plying his trade next season and despite nearly helping Middlesbrough back to the top-flight the player could return to the north-east with the lure of regular first team football on offer for the Chelsea loanee.

Bamford’s next club may be far from certain,  but this source for football betting has not completely ruled out a return to Middlesbrough, especially given the player’s success last term as well as Karanka’s friendship with current Chelsea boss Jose Mourinho.

Karanka’s ties with Mourinho has seen the club secure the loan services of versatile Czech defender Tomas Kalas from Chelsea, but perhaps the biggest statement of Boro’s ambition this season has been with the capture of England international Stewart Downing.

The £5.5m deal from West Ham caught many by surprise, with the former Aston Villa and Liverpool player opting to return to his boyhood club instead of staying with the Hammers despite new manager Slaven Bilic’s persuasion.

Downing was the leading English player in the Premier League last season for chances created and the player’s decision to step down a division could prove to be Karanka’s masterstroke with the wide-man capable of showing his quality and opening up Championship defences with the same ease that was shown last term for the Hammers.

Admittedly other Championship sides have strengthened their squad by a notable degree, with Paul Clement’s Rams having made a splash with the arrivals of Tom Ince, Darren Bent and Andi Weimann, but Middlesbrough’s summer additions on the back of a squad, which almost saw the Teesiders gain promotion, leave Boro in a strong position to secure promotion to the English Premier League this time around.

Recommended Football Betting Tips Back Middlesbrough to be promoted from the Championship @3.00