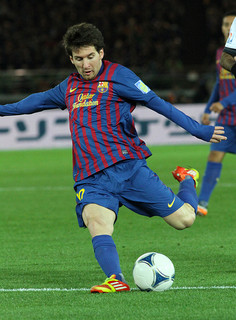 Barcelona, Borussia Dortmund, Bayern Munich and Real Madrid are all favourites to progress into the semi-finals this week, as the second leg of the Champions League quarter finals get underway.

Blaise Matuidi’s late goal at the Parc des Princes last week left PSG with some hope of qualifying for the semi-finals, after a dramatic 2-2 draw with Barcelona.

PSG are undefeated in their last seven matches in the Champions League and have not lost in the competition since a 1-0 defeat at Porto back in October, but Carlo Ancelotti’s side have now gone four games without registering a clean sheet
in Europe.

Last week’s goalscorer Blaise Matuidi is suspended, so Italian prodigy Marco Verratti could come into the starting line-up, despite David Beckham’s presence in the side.

Hosts Barcelona could be without talisman Lionel Messi for the second leg clash at the Nou Camp, but the Blaugrana still hit Mallorca for five without reply on the weekend, even without their number 10.

Tito Vilanova will likely opt for a False 9 formation on Wednesday should Messi fail to recover, with former Arsenal midfielder Cesc Fabregas forming the centre of the Barcelona forward line.

Barcelona are undefeated at home in La Liga this season and the Blaugrana’s home record in Europe also holds encouragement following a 4-0 win against AC Milan at the Nou Camp in the last round.

With two away goals already against the French side, PSG will need to find the net to have any hope of progressing and despite the likely absence of Messi, Tuesday’s game at the Nou Camp should contain plenty of goals.