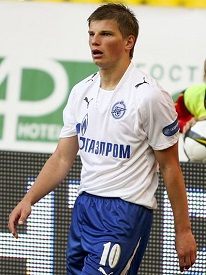 Premier League side Arsenal will be hoping to put their opening-day defeat to Aston Villa behind them with a trip to Turkey on Wednesday, with pressure continuing to mount on manager Arsene Wenger.

Zenit St Petersburg travel to Portugal to take on surprise package Pacos Ferreira in the Champions League qualifiers on Tuesday, with the Russian side well placed to take an advantage into the second leg.

Zenit have added well to their squad over the summer with Andrey Arshavin and Anatoliy Tymoshchuk adding some further experience to the squad, whilst the signing of defender Cristian Ansaldi gives coach Luciano Spaletti an upgrade to his left-back options.

The Russian Premier League runners up have won three of their opening five games this season, but defeat to Rubin Kazan on the opening day of the season illustrates that the visitos are far from an impenetrable unit.

Manager Paolo Fonseca has moved to FC Porto along with attacking midfielder Josue, so inexperienced coach Costinha comes in from Beira-Mar.

Pacos Ferreira suffered an opening day defeat at home to Braga last weekend and much of Os Pacenses fresh impetus from last season appears to be lost.

Visitors Zenit St Petersburg will be eager to wrap up Champions League qualification at the earliest opportunity and Luciano Spaletti’s side look assured of victory on Tuesday.