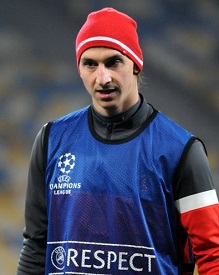 Manchester City’s 3-2 victory in Germany in December saw us return yet another profit from our Champions League predictions, as we banked our eighth winning selection from our last 10 bets in the competition.

La Liga leaders Barcelona take on Manchester City at the Etihad Stadium on Tuesday, in a colossal match in the first round of the Champions League knockout stages.

The Citizens finished level on points with European champions Bayern Munich in Group D, but Manchester City’s opening win against Viktoria Plzen remains their only clean sheet of the competition so far.

Only Real Madrid have managed to score more goals than Manuel Pellegrini’s side during the group stages, but the continued absence of Sergio Aguero will be a blow to the hosts attacking potential despite the goalscoring return of Stevan Jovetic.

All six of Manchester City’s games in the Champions League this term have finished with three or more goals, so the odds of 1.65 on a similarly entertaining game look well priced in the football betting markets.

Brazilian midfielder Fernandinho is back in contention to start, which should add some more steel back into the centre of the midfield, but the wing play of Jesus Navas, Samir Nasri and David Silva will be something Barca have rarely faced in La Liga, should Pellegrini stick to his preferred 4-4-2 formation.

Opponents Barcelona have a fully fit squad for the encounter at the Etihad Stadium, with summer signing Neymar making a goalscoring return in an emphatic 6-0 victory over the weekend.

Gerardo Martino’s side qualified top of Group H with four wins from six games, but the Catalan’s were arguably rarely tested with AC Milan, Ajax and Celtic the Spanish club’s opponents during the group stages.

Chelsea coach Jose Mourinho has called this Barcelona side “one of the worst for many, many years”, but the dangers of Lionel Messi, Alexis Sanchez and Neymar could become all to real for the hosts on Tuesday night.

Both sides head into the match hopeful of a result and with two of Europe’s finest attacks on show, goals should prevail in the first leg tonight.

Ligue 1 leaders PSG travel to Germany on Tuesday hopeful of taking an advantage back to France, as les Rouges et Bleu take on Bayer Leverkusen.

Sami Hyypia’s side sit second in the Bundesliga, but five defeats in their last seven matches in all competitions is beginning to spell danger for Bayer.

Bayer Leverkusen finished as Group runners up to Manchester United in Group A, but two defeats and a negative goal difference isn’t exactly inspiring heading into the Champions League knockout stages.

Defenders Emir Spahic and Stefan Reinartz are both doubts, but the suspension of the versatile Emre Can is likely to be the bigger blow.

Opponents PSG topped Group C with four wins from six games and the January arrival of Yohan Cabaye is likely to provide stiff competition for the likes of Marco Verratti, Thiago Motta and Blaise Matiudi over the coming months.

Much of the limelight will again fall on talisman Zlatan Ibrahimovic, who scored his 32nd goal of the season on Friday as PSG beat Valenciennes 3-0 at the Parc des Princes.

Laurent Blanc’s side have lost just three times all season and the visiting side look well poised to steal a march into the quarter finals against their out-of-form hosts tonight.