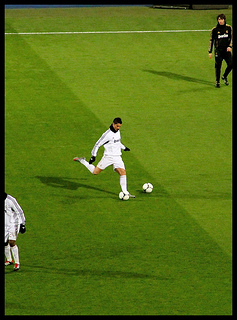 Bayern Munich slipped to a surprise defeat against BATE Borisov in the Champions League last night, but elsewhere there were more predictable wins for Barcelona, Chelsea, Manchester United and Valencia.

Celtic secured an historic victory in Russia by winning their first ever away match in the Champions League group stages following a 3-1 victory over Spartak Moscow.

After a languid start in the league, Real Madrid appear to be getting into their stride.

A dramatic 3-2 victory over Manchester City in Group D’s curtain raiser demonstrated the class and ability of the Spanish champions at European level, whilst Real Madrid ran out 5-1 winners over Deportivo in La Liga last time out.

Opponents Ajax will be a familiar sight to Real Madrid after being drawn in the same group in each of the last three years in the Champions League. Real Madrid have been the victors in all four of those encounters scoring 12 goals without reply.

Ajax have failed to score in four of their last five home Champions League matches leaving the Real Madrid win to nil attractively priced at 2.75.

Frank De Boer’s side have made an unbeaten start in the Eredivise and sit in fourth place, just three points behind leaders Twente, who Ajax defeated 1-0 last weekend. Ajax have the second best attack in the league behind Dick Advocaat’s PSV, with Christian Eriksen and Siem de Jong both capable artists in midfield.

Wednesday night’s encounter looks likely to go only one way with Real Madrid’s team focus and concentration much improved and Cristiano Ronaldo back amongst the goals.