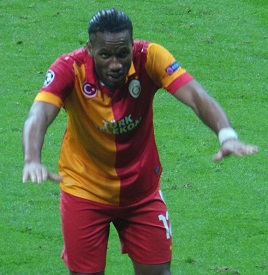 An easy win for PSG last week saw us return yet another profit from our Champions League predictions, as we banked our 10th winning selection from our last 14 bets in the competition.

Champions League finalists Borussia Dortmund will be looking to put their domestic woes to one side on Tuesday, with a trip to Russia in the last round of 16.

Der BVB suffered a heavy 3-0 defeat against relegation threatened Hamburg on the weekend, but injuries continue to hamper their season with first team regulars Ilkay Gundogan, Jakub Blaszczykowski, Sven Bender and Neven Subotic all ruled out. Captain Mats Hummels and star forward Robert Lewandowski should shake off knocks to feature, providing Jurgen Klopp with at least some relief.

Opponents Zenit St Petersburg have not played a competitive game of football since a 4-1 defeat to Austria Vienna in their final Champions League group game in December and the Zenitchiki will be eager to show they are worthy of their place in the last 16.

The Russian outfit outlaid significant funds to capture both Hulk and Alex Witsel in the off season, but Luciano Spaletti’s side only just qualified for the knockout stages after winning just one of their six games in Group G.

Zenit’s last four games at the Petrovsky Stadium in the Champions League have all ended in draws and that result may continue, but given that Dortmund have won only three of their last 13 matches away from home in the competition, the 1.85 on the German side to win tonight could seem to be a little overpriced.

Six of Borussia Dortmund’s last seven matches in the UEFA Champions League have finished with three or more goals and Jurgen Klopp’s high tempo side are likely to find themselves in the midst of yet more goals tonight.

Galatasaray will be looking to make home advantage count on Wednesday, with Chelsea the visitors to the Turk Telecom Arena.

Roberto Mancini’s side finished above Juventus in Group B to qualify with seven points, but considerable defeats to group winners Real Madrid both home and away illustrate the Turkish side remain some way away from Europe’s elite.

Gala have not lost in any of their last 11 matches in all competitions and Saturday’s 1-0 win over rivals Besiktas bought the Istanbul based outfit to within four points of Super Lig leaders Fenerbahce after 22 games.

Roberto Mancini has no new injury concerns heading into the match with former Chelsea favourite Didier Drogba expected to lead the line.

Visitors Chelsea secured an injury time win on Saturday to maintain their one point lead at the top of the Premier League, with the Blues continuing their recent run of clean sheets.

Chelsea have recorded shut outs in eight of their last 11 games in all competitions since the beginning of the New Year and the return of captain John Terry could prove crucial in the battle with target man Drogba.

Chelsea have been winning at both half time and full time in five of their last seven matches in the Champions League and an early goal on Wednesday could see Jose Mourinho’s side protecting their advantage for the rest of the game.