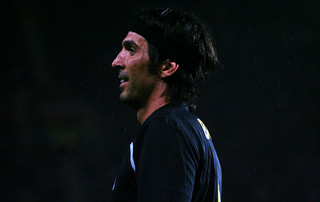 Arsenal’s 3-1 victory over Olympiakos left the Gunners top of Group B after two games.

Porto’s late victory against nearest rivals PSG, pushed the Portuguese side to the top of Group A, whilst surprise package Malaga lead AC Milan and Zenit St Petersburg in Group C.

Manchester City are yet to record victory, so Real Madrid lead Group D after two games with German champions Borussia Dortmund in pursuit.

Chelsea and Shakhtar come to blows in Group E, with the two sides level on points, whilst Barcelona and Manchester United lead the way in Groups G and H after successive wins.

BATE Borisov are the surprise leaders in Group F after two games.

Juventus’ 2-0 win over Napoli on the weekend strengthened the Bianconeri’s claims for success this season, as well as their unbeaten run in Serie A.

The trip to Denmark should not unnecessarily concern Antonio Conte with hosts FC Nordsjaelland pointless in Group E and without a goal in the Champions League. Kasper Hjulmand’s admirable passing game has come unstuck at the highest level, with a number of individual mistakes costing the Danish champions.

Juventus welcome back goalkeeper Gianluigi Buffon and forward Mirko Vucinic after both players missed the win over Napoli. Simone Pepe, Kwadwo Asamoah and Stephane Lichsteiner are all missing, so Nicklas Bendtner may feature for Juventus in his homeland.

With the top two in the group coming head to head in Ukraine, unbeaten Juventus will need to ensure a vital three points in Denmark to edge closer towards Champions League qualification.

With a crunch match against Chelsea on Sunday, Manchester United manager Sir Alex Ferguson is expected to rest a handful of first team players.

Alexander Buttner will replace Patrice Evra at left back, whilst youngster Scott Wootoon could make his first start in the Champions League, with Rio Ferdinand rested. Giggs, Kagawa, Young and Cleverley are all in the frame for Tuesday nights encounter.

Visitors Braga were disappointing in their opening game, succumbing to a 2-0 defeat against Cluj, but the Portuguese outfit bounced back with victory over Galatasaray. Braga are unbeaten in five games, but the challenge at Old Trafford should be too much for Jose Peserio’s side, with Manchester United set to extend their 100% record in Group H.

Juventus and Manchester United to win @1.86