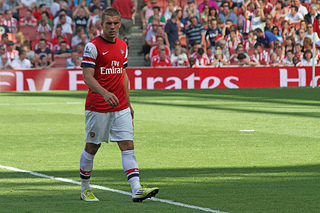 The 2012/2013 UEFA Champions League gets underway tonight with Real Madrid and Manchester City live on ITV1. Borussia Dortmund take on Ajax in the other match in Group D, whilst European champions Chelsea take on Italian giants Juventus.

Manchester United kick-off Group H with a relatively comfortable home tie against Turkish side Galatasaray, whilst Arsenal take on French champions Montpellier in the south of France.

Like many French clubs, Montpellier suffered from an immediate dismantling of their side after securing the Ligue 1 title back in May.

Ligue 1 top goalscorer Oliver Giroud departed to join Arsenal and the French international is in-line to face his former club despite a poor start to his career in England.

Champions Montpellier have been disappointing early on this season, losing three of their first five games in the league, but MHSC have been guilty of conceding goals late on and backing Arsenal to win the second half (2.50) or either half (1.57) should be considered. Coach Rene Giraud has aired his concerns saying “what is happening at the moment is a bit depressing” and that his side could be “in for a big fall on Tuesday against Arsenal” if the French side do not cut out the “silly” goals they have been conceding.

Opponents Arsenal go into the match full of confidence after hitting Southampton for six in the Premier League three days ago. Vito Mannone gets his chance in goal with number one goalkeeper Wojciech Szczesny injuring his ankle, whilst Abou Diaby could be available for the Gunners in midfield.

Arsenal have began the season well and summer signings Lukas Podolski and Santi Cazorla have both impressed. Giraud’s Montpellier go into tonight’s game in poor form and defeat remains a real possibility for the French league champions.