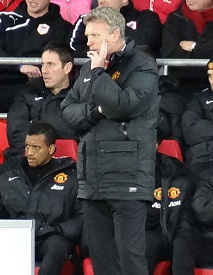 Roy Keane’s decision to stay with the Republic of Ireland has reopened the betting market on who will become the next Celtic manager, with former West Brom boss Steve Clarke the new favourite to takeover at Parkhead.

Sportingly Better picks out some of the best football betting predictions on who will be the next Celtic manager with former Premier League managers Malky Mackay, Owen Coyle and David Moyes all in the running.

An eighth-placed finish during his first season in charge at the Hawthorns, left the Baggies enjoying their best top-flight result since 1981, but an overall record of 26 losses from 59 games ended Steve Clarke’s reign at West Brom.

The former Chelsea and Liverpool assistant manager is widely regarded as one of Britain’s best coaches having worked alongside the likes of Jose Mourinho and Kenny Dalglish, but a lack of experience in the managerial hotseat does not appear to have hindered the odds of Clarke becoming Celtic’s new coach across many of the gambling sites.

Clarke’s ties with teams south of the border could facilitate Celtic’s movement in the transfer market, with Champions League qualifiers for the Scottish champions scheduled for the middle of next month.

Celtic chief executive Peter Lawwell referred to Clarke specifically as one of the “five to ten exceptional candidates” they were considering for the role and the out-of-work manager looks well placed to take over at the Hoops.

Last month’s favourite for the Norwich job, Malky Mackay is yet another Scottish name in the hat for the top job at Parkhead.

A former Celtic player, Mackay is another who appears high up on the Hoops wishlist, with the manager recently stating his desire to return to management as “quickly as possible”.

A bright spell as coach of Watford was followed by a promotion-winning campaign to the Premier League with Cardiff, but an overspend on transfers and a long-running dispute with Bluebirds owner Vincent Tan ended Mackay’s spell in south Wales.

The likes of West Brom and Southampton are both in the market for a new coach and the biggest question mark remains whether Mackay can be persuaded to accept a role outside of England.

Fourth favourite David Moyes is rumoured to be contemplating a sabbatical away from football, after a disastrous spell in charge of Manchester United.

The former Everton manager may be overlooked in the immediate future for jobs in England, but a swift return to management may be the best medicine for the manager after seeing his reputation in British football severely tarnished.

Moyes has recently spoken about being tempted by a number of job offers from around the world and the manager remains open-minded about the next chapter in his career.

Success in Scotland may not be the accomplishment the Scottish manager is after, but the opportunity at Parkhead could go some way to rebuilding his reputation.

Although both Mackay and Moyes are former Hoops players, it’s former West Brom boss Steve Clarke who remains the odds-on favourite for the role at Parkhead. Mackay’s intention to return to management “as soon as possible” makes the former Bluebirds manager an interesting value bet, particularly with Southampton and the Baggies closing in on other managerial targets.

Recommended Football Bets
Back Malky Mackay to be the next Celtic manager @3.75