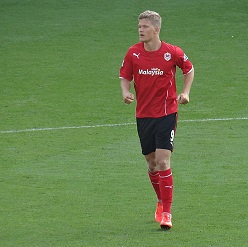 Two from three was the return in last weekend’s accumulator bet, with Oxford’s draw at home to Wycombe the only leg that scuppered our 5.09 accumulator betting slip.

Selections from the Capital One Cup make up the bets for this week’s football accumulator tips coupon on Sportingly Better, returning odds of 5.87.

Peterborough made it five wins out of five games on Saturday following a 5-0 demolition of Tranmere Rovers and the League One outfit will be looking to add to their tally of 17 goals this season when Reading visit London Road.

Posh manager Darren Ferguson has indicated that he will make changes on Tuesday, with the odds on a Peterborough win looking significantly short in the betting markets.

Visitors Reading are still without Jimmy Kebe, Jason Roberts and Mikele Leigertwood, but USA international Daniel Williams could come in to make his full debut.

Five goals were shared when these two sides met in the second round of the Capital One Cup last year and with both club’s attacking philosophies; another high-scoring match looks possible.

Barnsley will be looking to put their Championship form to one side on Tuesday, with Premier League side Southampton the visitors to Oakwell.

The Tykes have the joint worst defensive record in the division; having lost three of their opening four matches in the Championship and the suspension of defender Jean-Yves Mvoto will only add to David Flitcroft’s problems at the back.

Opponents Southampton have made a quiet start to the season, but the Saints could hand a debut to Italy international Daniel Osvaldo for the Capital One Cup encounter on Tuesday.

Southampton have won each of their last four games against Barnsley and Mauricio Pochettino’s pressing side should secure their place in the next round of the cup tonight.

Cardiff secured their first win of the season with a stunning 3-2 victory over Manchester City in the Premier League on Sunday and the Bluebirds will be full of confidence going into Wednesday’s Capital One Cup tie.

Summer signing Andreas Cornelius is expected to start up front, with defenders John Brayford, Mark Hudson and Kevin McNaughton all expected to come in.

Opponents Accrington Stanley have never progressed past the second round in the League Cup and the form of Paul Cook’s side suggests another exit could be on the cards.

Cardiff have won six of their last seven ties in this competition and the Bluebirds look on course to pick up their second win in the space of a week.

Betting Accumulator Odds – 5.87 (wins for Cardiff and Southampton and four or more goals scored in the Peterborough v Reading match)