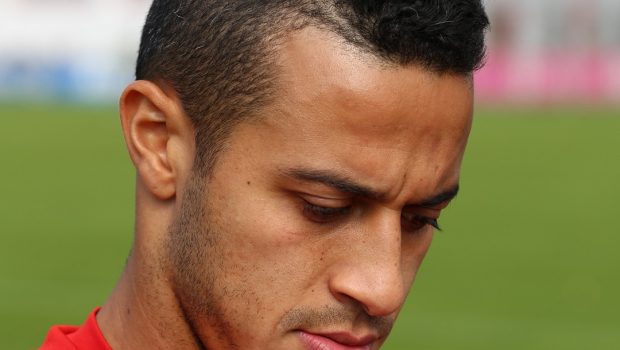 With European football currently on hold due to the Coronavirus, Sportingly Better takes a mid-season review of the standings in Germany and why the title may not be a foregone conclusion for Bayern Munich yet.

Die FCB will be carrying a four-point lead at the top of the Bundesliga table, when hopefully the league will resume later this year.

Hansi Flick’s side are as low as 1.25 in the outright betting markets with 888 sport and you can find a full overview here of 888 sport. That comes as surprise given the close watch from Borussia Dortmund, RB Leipzig and Borussia Monchengladbach in particular.

Bayern were in buoyant mood when the league got shut down and their aim of winning an eighth consecutive Bundesliga crown looked increasingly likely.

This was even whilst the team were dealing with the rare loss of striker Robert Lewandowski, who has already scored 25 goals and looks certain to win the race for the Torjaegerkanone.

The return to the league after such a long delay is perhaps the biggest question mark that surrounds Bayern, with games against Dortmund, Leverkusen and Gladbach still scheduled to be played.

Speculation surrounding coach Lucien Favre may have been circulating prior to the winter break, but the impact of January signings Erling Haaland and Emre Can put an end to that.

Haaland’s start in the German top flight has been well publicised with nine goals in eight Bundesliga matches and if the Norway international can reignite in the same way on the return to the league then that will give Favre’s side every chance of pushing Bayern Munich to the wire.

After relatively early exits in both the UEFA Champions League and also the DFB Pokal, Dortmund can fully focus on their league exploits, which perhaps would have been a bigger advantage had the league not be paused for a considerable length of time.

With a der Klassiker match still to come, a win against Bayern could put Dortmund firmly back into play for the Meisterschale.

Sitting five points behind Bayern, fans of RB Leipzig can back the attacking outlet at odds of 10.00 to win the Bundesliga crown.

Die Roten Bullen may have caught the eye in Europe this term, but Julian Nagelsmann’s side were stuttering domestically winning only two of their last seven Bundesliga games.

Perhaps somewhat surprisingly, RB Leipzig also carry the joint best defensive record in the league but its the continued goals of Premier League coveted striker Timo Werner that will be key.

Werner has scored 21 goals so far, but his poorer return before the league suspension mirrored Die Roten Bullen’s stuttering form and if RB Leipzig are going to kick on then they will need Werner to return back to his prolific best.

Bayern’s lead at the top of the Bundesliga is by no means insurmountable with a potential maximum of 36 points still left to play for.

With some tough rival clashes still to come and question marks over an instant return to league form, it’s second-place Borussia Dortmund who are clear to focus on the Bundesliga that may present the best opposition to a potential eighth consecutive crown.

Recommended Football Tips
Back Borussia Dortmund to win the Bundesliga @6.80