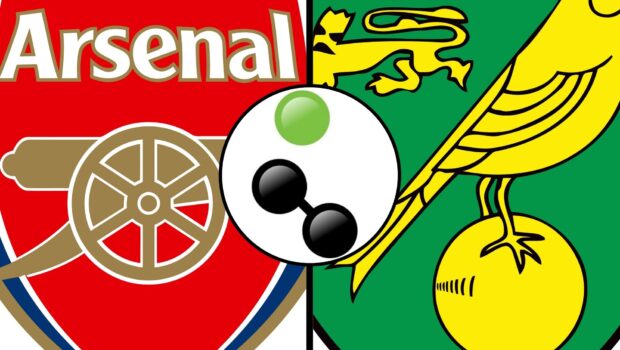 Premier League action returns after the international break and Sportingly Better looks at betting angles in a fixture between two winless sides.

Bottom of the table is not somewhere Arsenal would historically be pictured, but that is their reality following a winless start to the season.

Points are not the only thing the Gunners have yet to collect, indeed they find themselves goalless after three fixtures. Even visitors Norwich, favourites to be relegated, have found the back of the net.

Mikel Arteta may point to a tough opening run of games after being scheduled against title contenders Chelsea and Man City in the opening weeks. But the reality is this is a must win game for Arsenal at such an early point in the season.

On paper, Arsenal look a much better side than their opponents and despite their start, it’s hard to see them not winning this game. Statistically, victory looks to be on the Gunners side too.

Last season, against the bottom three, Arsenal went 5-1-0. If the bookies are correct in their thinking that Norwich will go down, then this looks to be the perfect scenario for Arteta’s men to kick start their season.

Expanding beyond the bottom three to include bottom six finishing sides, Arsenal went 8-3-1, further underlining their credentials when facing the league’s weaker sides. Not surprising then that the 1×2 market has the home side at 1.50 to win.

The handicap offers better odds to back the Gunners with a minus 1 goal start, but can they really be trusted after the start to the season they’ve had. Instead, opposing goals in the match provides a better angle in.

In the aforementioned 12 games against bottom six sides last season for Arsenal, not one saw more than 4 goals scored. If we believe Arteta’s side are better than their current position, and Norwich are indeed relegation candidates, then combining the home win with under 5 goals in the match looks a nice approach. 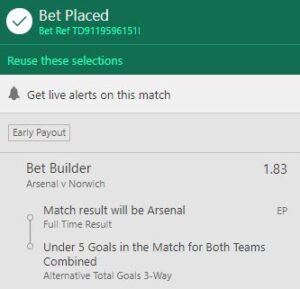