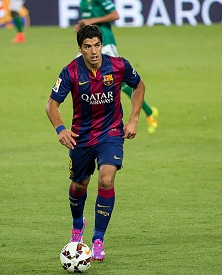 Tips from the La Liga, Ligue 1 and the third round of the English FA Cup provide the betting tips for this week’s football accumulator on Sportingly Better.

Troyes have been poor on their travels recently and it does not get any easier with a trip against Lyon this weekend.

The visitors only just edged past lower league opposition, Dunkerque 4-3 after extra time with a late 116th minute winner last time out and the travelling side are unlikely to get any type of result here. Lyon meanwhile smashed seven goals past Limoges in the same competition, with both Alexandre Lacazette and Nabil Fekir both missing from the squad.

Lyon are still severely underachieving this season, but they have at least started 2016 in emphatic fashion and the flood of goals should provide the side with renewed confidence to build upon their current ninth placed standing.

Troyes have gained just two points away from home all season in Ligue 1, shipping a worrying 21 goals and the hosts are likely to pick up a good margin of victory this weekend.

Granada had Barcelona worried back in 2012 when they met at the Nou Camp after coming from two goals down to level 2-2, but were eventually beaten 5-3. Since then the Catalan giants have faced Granada at home three times and scored 12 goals without reply and although Granada have scored in each of their last five away games, finding the net against the league leaders is an altogether different matter.

Luis Enrique’s side have now kept four clean sheets in succession, including victory on their way to lifting the FIFA Club World Championship and the hosts should secure another shutout against lowly Granada this weekend.

Life for Aston Villa may not get much better this weekend, with their trip to Wycombe having been singled out for the early TV slot.

Back in 2005, Aston Villa ran out 8-3 winners in the League Cup, but this weekend’s affair has undoubtedly been earmarked by the television bosses as a potential cup upset in favour of the League Two side.

Aston Villa are struggling desperately at the foot of the Premier League table and Remi Garde’s side will be very mindful when they travel to Wycombe, who are comfortably in the play-offs and will be relishing the prospect of taking on the ailing Premier League side.