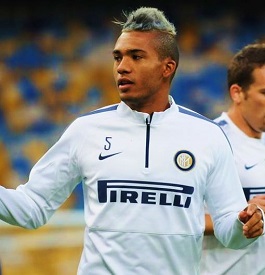 Football tips from Ligue 1, Serie A and the Bundesliga provide the free betting tips for this weekend’s football accumulator on Sportingly Better.

Toulouse have it all to do to stay in Ligue 1. Despite all the sides around them losing at the weekend, they could only manage a draw away to St Etienne. That is by no means a poor result, but for them draws aren’t good enough with games running out. They must now win both of their remaining games to give themselves any realistic hope of surviving relegation.

Opponents Troyes have had a similarly awful season and have picked up just 17 points from 36 league games. Troyes have conceded just over two goals a game on average and given the visitors were comprehensively beaten in the reverse fixture back in December, expect the hosts to clear the Asian Handicap.

Accumulator Bet 1
Toulouse to win by two or more goals @1.72

Schalke threw away a two goal lead to Bayer Leverkusen in their last match at the Veltins Arena, but the club avenged that defeat this week with a comfortable 3-1 victory at Hannover last weekend. It has seen them gain ground on Borussia Monchengladbach and Hertha Berlin who both dropped points at the weekend, as all three sides chase the remaining spot for the Champions League.

Opponents Augsburg have just about done enough to confirm their Bundesliga status for another season after a run of three victories and a draw, but Schalke now have the bigger motivation under the home crowd and will be looking to win for the fifth home meeting on the bounce against Augsburg.

Inter Milan saw their faint hopes of a Champions League surge dashed, as they suffered a 2-0 defeat to Lazio on Sunday night. An early goal from Miroslav Klose made it an uphill battle and they never recovered from that point.

Opponents Empoli have lost six of their last seven games on the road in Serie A, but the side are at least settled in mid-table and will overall be content with their performances this year.

Hosts Inter Milan have been much stronger at home this season; having gained 38 of their 64 points at the San Siro and another solid performance at home looks likely this weekend.