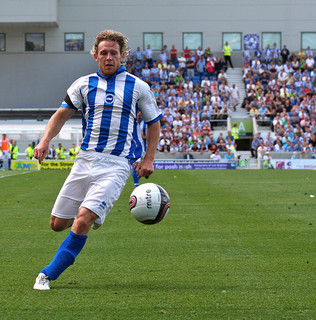 Three from three was the return in this week’s accumulator bet on the Capital One Cup, delivering returns of up to 5.87 on the accumulator betting slip.

Selections from the Championship and Football League make up the bets for this week’s football accumulator tips coupon on Sportingly Better, returning odds of 4.90.

Peterborough made it six wins from six on Tuesday after a resounding 6-0 defeat of Championship side Reading in the Capital One Cup.

Darren Ferguson could name an unchanged side for the fifth game in a row in League One this season, with the Posh having seen all but one of their league matches going over the 2.5 goals mark this campaign.

Visitors Crawley have lost their last two games on the bounce in the league, but manager Richie Barker could hand a debut to former Peterborough striker Emile Sinclair who made a £100,000 switch to the Red Devils this week.

Crawley have conceded at least two goals in each of their last five games in League One and free-scoring Peterborough look likely to grab a couple of goals on Saturday.

Coventry shared a thrilling 4-4 draw against Preston last weekend and the East Midlands side will be eager to fire their way up the table after incurring a 10 point penalty this season.

Coventry have scored at least four goals in their last three matches in League One, but the Sky Blues do have doubts surrounding striker Leon Clarke this weekend.

Visitors Shrewsbury are unbeaten at home this season and the Shrews are beginning to find their finishing touch up front after scoring two goals in each of their last two games in League One.

Neither side was in action in the Capital One Cup during the week and another pulsating encounter for League One’s top scorers Coventry could be on offer.

Brighton made it two wins on the bounce last weekend with a comfortable 2-0 victory over Burnley and the Seagulls will be looking for another win on Saturday with Millwall the visitors to the Falmer Stadium.

Oscar Garcia’s side have scored in all five of their league and cup games this season and the East Sussex club will be hoping to extend that record and maintain their proximity to the play-offs after losing their opening two games in the Championship.

Opponents Millwall are yet to win in the Championship this season, whilst strikers Steve Morison, Jermaine Easter and Danny N’Guessan are all injury doubts going into the game.

Millwall have won just one of their last eight encounters with Brighton and despite both sides absentees up front, Oscar Garcia’s side should pick up a vital three points on Saturday.

Betting Accumulator Odds – 4.90 (wins for Cardiff and Peterborough as well as three or more goals scored in the Shrewsbury v Peterborough match)