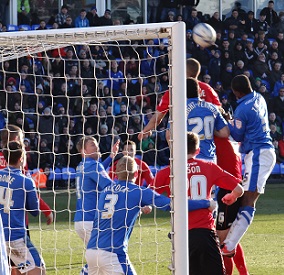 Two from three was the return in last weekend’s accumulator bet, with Leeds’ 1-1 draw with Sheffield Wednesday the only leg that scuppered our 6.36 accumulator slip.

Selections from the Football League make up the bets for this weekend’s football accumulator tips coupon on Sportingly Better, returning odds of 5.09.

Wolves will be looking to make it three wins out of three on Friday night in their first ever league meeting with Crawley Town.

Kenny Jackett’s side have looked increasingly sharp in possession with Bakary Sako and Leigh Griffiths both impressing, whilst Kevin McDonald could be given his debut after making a £750,000 move from Sheffield United.

Crawley Town have conceded two goals in each of their last four games in League One. Back Wolverhampton to score over 1.5 goals at 1.66.

Opponents Crawley Town have had a mixture of results under Richie Barker so far this season, but the West Sussex side’s lapses at the back and vulnerability from set-pieces will give Wolves plenty of encouragement going into the match.

Hosts Wolverhampton will be keen to keep up with early pace setters Leyton Orient and Peterborough at the top of the table and the Midland’s outfit look primed for their third victory of the season on Friday.

Table toppers Oxford will be looking to make it four wins from four games following their 3-1 win away at Torquay last weekend.

The League Two side have scored two or more goals in all three of their league encounters so far, with competition high between attackers James Constable and Deane Smalley.

Winger Sean Rigg could be sidelined for up to two months, but Alfie Potter and Dave Kitson look set to return to action on Saturday.

Opponents Wycombe suffered a 1-0 defeat at home to Mansfield last time out, leaving manager Gareth Ainsworth lamenting their “worst performance for some time”.

High-flying Oxford will be full of confidence going into Saturday’s match and the U’s should maintain their 100% record at the expense of Wycombe at the Kassam Stadium this weekend.

Peterborough made it three wins out of three on Saturday with a 2-1 win over Oldham at London Road.

Summer signing Britt Assombalonga hit a stunning strike for the Posh to make it three goals in three games, with Peterborough looking to win the first four games of a season for the first time since 1961.

Hosts Tranmere have picked up one point from their opening three matches in League One and Ronnie Moore’s admission that he now has better players in his side than he did last season, will be of little comfort to Rovers fans.

Peterborough have yet to play to their potential and were sloppy defensively against Oldham last weekend and with Tranmere’s injuries at the back, expect a high number of goals at Prenton Park on Saturday.

Betting Accumulator Odds – 5.09 (wins for Wolves, Oxford and three or more goals in the match between Tranmere and Peterborough)