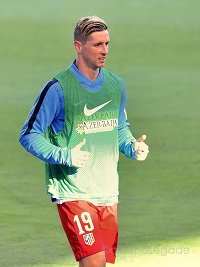 Selections from the Championship, La Liga and Eredivisie make up the bets for this weekend’s football accumulator tips on Sportingly Better returning odds of 5.28.

Neither side has particularly set the world alight in the Championship so far this season.

QPR have so far been able to hold onto Charlie Austin despite constant transfer speculation, but even the England international is failing to inspire QPR with a platform to help them to return straight back to the Premier League.

Rotherham were desperately close to relegation last year and it seems likely that it’ll prove too much for them to repeat their antics of last season and stay up.

Chris Ramsey’s squad at Loftus Road still contains plenty of proven quality and despite the manager’s vast inexperience in the hot seat, expect the hosts to bag all three points on Saturday.

Ajax put the disappointment of their aggregate defeat to Rapid Vienna in the Champions League qualification rounds behind them with back to back 3-0 victories over AZ Alkmaar and Willem II in the Dutch Eredivisie.

They now have to be content with a place in the Europa League providing they come through their two legged qualifier against Jablonec of Czech Republic.

Anwar El Ghazi has scored four goals in two league games and the 20-year old will be hoping to add to his total against NEC who suffered a 3-0 defeat to Heracles last time out. NEC weren’t helped when Marcel Appiah was sent off and the club’s first choice right back will now be suspended for three matches.

Ajax have enjoyed some convincing performances at NEC in the past three meetings including 3-0, 6-1 and 3-0 victories and the price on the away victory seems tempting enough this weekend.

Diego Simeone’s side kick off their La Liga campaign against newly promoted side Las Palmas.

Having surrendered their title to Barcelona last year, Simeone will be hoping to reclaim the championship crown despite being massive underdogs this season to both Barcelona and Real Madrid. Atletico went on a very good run at the end of the last campaign having gone 14 out of 15 games unbeaten in the league.

Simeone has signed highly rated Porto striker Jackson Martinez this summer and the Colombian centre forward will be hoping to emulate the transition that Radamel Falcao made between the same clubs. Argentinean forward Luciano Vietto is another to watch this time around having moved from Villarreal.

It doesn’t get much tougher for the La Liga new boys than travelling to Atletico Madrid in the opening game of the season and I fully expect Martinez and Co to fill their boots on Saturday.