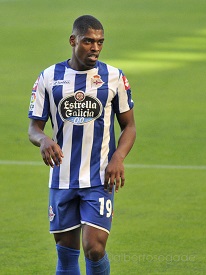 German side Wolfsburg put a dampener to proceedings last weekend, as they drew with Hamburg to deny us a third winning accumulator treble in a row.

Tips from the Ligue 1, the Eredivisie and La Liga provide bets for this week’s football accumulator on Sportingly Better.

Hosts Troyes have struggled significantly this season and it doesn’t get any easier as they host Monaco this weekend. Monaco gained an impressive 1-0 victory at home to St.Etienne which was the perfect way to bounce back after the loss to Tottenham in the Europa League this week.

Opponents Monaco have surprisingly lost the past two meetings against Troyes but both meetings were back in 2012. The visitors find themselves a mammoth 17 points behind runaway leaders PSG already, but victory this weekend would at least give them a run to finish behind PSG.

Not many teams get a result at the Nou Camp when they’re 2-0 down but Deportivo’s amazing comeback in the latter stages of the game earned them a 2-2 draw. It handed a massive swing in the title race to Atletico Madrid who capitalized on Barcelona’s draw and Real Madrid’s defeat last weekend.

Hosts Deportivo are performing well above expectations and occupy the final Europa League spot at present.

Opponents Eibar do struggle on their travels and that was compounded by their dismal 3-0 defeat against Ponferradina in the Copa del Rey.

Deportivo are unbeaten in five home matches which includes the likes of Atletico Madrid, Sevilla and Celta Vigo and are strong value to pick up another win on home turf.

Utrecht threw a spanner in the works at the weekend when they beat leaders Ajax 1-0, maintaining their impressive run which now stands at three wins on the bounce.

Visitors Utrecht have gained 15 of their 23 points on home soil, so the trip away from home could be testing but Utrecht boast a very good record over AZ Alkmaar, winning three of the past four meetings and could build on their win over leaders Ajax last weekend.