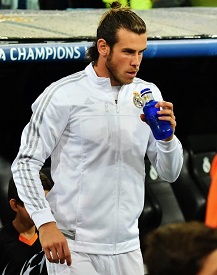 Published on May 13th, 2016 | by Sportingly Better Tipster

Nice haven’t mathematically secured a Europa League spot yet, but the Champions League qualification places are still not out of their grasp either.

The visitors gained a vital victory over St Etienne last weekend which took them into fourth place and they’ll now be hoping Monaco suffer a consecutive defeat to give them a greater chance at the European places.

Hosts Guingamp are already in holiday mode as they sit in 15th position, seven points above safety. Nice haven’t defeated Guingamp since the 7-2 hammering they gave them back in 2014 but the visitors have the motivation and will be looking to get revenge for the quarter-final defeat in the cup back in December.

Both sides regardless of this result are guaranteed a Europa League spot and neither side look likely of stealing a Champions League place from Borussia Monchengladbach who possess a significantly better goal difference.

The hosts and the visitors are evenly matched, with both having conceded 42 league goals, but Mainz do at least sit ahead of them in the table due to their proficiency in front of goal as they’ve scored four goals more. That is despite Hertha boasting two players who’ve hit double figures for the season in Salomon Kalou and Vedad Ibisevic.

The visitors however are enduring an awful run of form having lost five games on the bounce and Mainz look well priced in the Draw No Bet market.

Hosts Deportivo La Coruna secured a creditable 2-0 victory away at Villarreal last time out, which ensured they weren’t dragged into a relegation dogfight down the bottom of the La Liga table.

That result now means they can relax and enjoy the final game of the season, whereas the visitors will need to pick up all three points if they are to have any chance of winning the title.

Real Madrid are just one point behind Barcelona, but know the title is out of their hands, as Barcelona face Granada this weekend.  Real Madrid have had some pretty emphatic results over Deportivo in the past few meetings and another rout could be on the cards here.