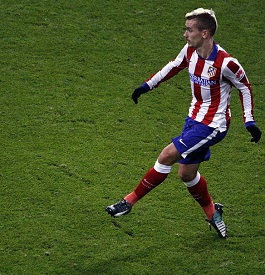 Football tips from La Liga the Bundesliga and Ligue 1 provide the free betting tips for this weekend’s football accumulator on Sportingly Better.

Lorient are showing an enjoyable patch of form with three wins and one draw from their last four games.

The hosts are the top goal scorers outside the top six and have shown their prowess this season in front of goal, despite firing a blank in their last fixture against Bastia. Prior to that they had scored in each of their last ten games in all competitions.

Opponents Marseille had to settle for a point against Ajaccio, despite taking the lead late on in that match and with five of Marseille’s last seven matches finishing 1-1, take the underrated betting odds on both teams to score in this match.

Borussia Monchengladbach continue to flirt with the Champions League places and the Foals will be determined to match their efforts last season, where they managed to defy the odds and qualify for Europe’s top competition.

The hosts have won six of their last seven matches at home in the Bundesliga and are widely considered to be a much stronger proposition here than on their travels.

Opponents Eintracht Frankfurt sacked their manager Armin Veh this week and brought in Niko Kovac. The former Croatia manager has signed on a short-term contract until the end of the season, but gaining an initial result this weekend looks unlikely as the club look to avoid relegation.

Diego Simeone has never earned plaudits for his attacking approach, but the respected coach finds a way to pick up the big victories when they matter, with a 1-0 victory over city rival Real Madrid the latest conquest.

Opponents Deportivo La Coruna find themselves in a terrible run of form, with the club having not won a league match since 19 December 2015.

Hosts Atletico Madrid have won each of their last nine meetings, with seven of these victories coming by wins to nil and that bet looks likely to hold some value again this weekend.